GIS During the Recovery Phase of the Joplin Tornado 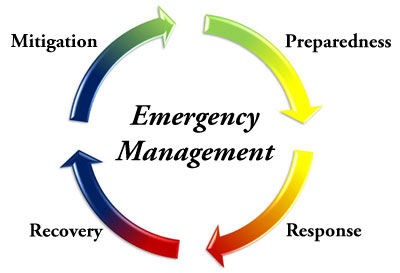 American Sentential University recently published an article concerning Geographic Information System (GIS) use subsequent to the tornado response efforts in Joplin, Missouri.  The article, which was later picked up by the online V1 Magazine, correctly relates that one of the most daunting tasks after a major disaster is the basic task of debris management.  It's an area of endeavor where geospatial technologies have no rival.  Go here to read the article.

Comment: Traditionally, there are four phases in the Emergency Management Cycle: Mitigation, Preparedness (Planning), Response, and Recovery.  Within each phase, there may be several different uses of geospatial technology taking place at the same time, but the primary use is usually substantially different.  For example, as related in the article, during the Recovery Phase in Joplin, geospatial technology is being used as a decision support tool for ongoing cleanup operations, whereas during the Mitigation Phase it will be used primarily as a modeling tool for community risk reduction efforts.
Posted by Steve At 8:00 AM