Indoor Mapping Comes to the Android 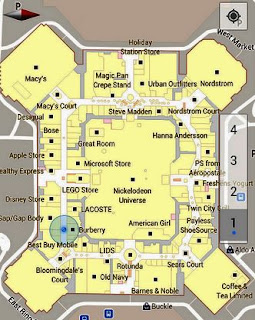 Several days ago, to much fanfare, Google announced release of its Google Maps 6.0 for Android.  Central to that fanfare was the announcement that the application would have the ability to provide consumers with their location while inside shopping malls, major retailers, airports and similar.  Included in the initial group of facilities where this capability would exist is Minnesota's Mall of America.  Go here to read the stories:


Comment: In much the same way Google raised security concerns when its worldwide "eye-in-the-sky" Google Maps application was released in February 2005, this latest development has individuals on several different levels asking the same question: "In the post 9/11 world, is Google putting us all at risk by revealing too much about location?".  Indeed, it's the last issue addressed in the Mall of America article cited above.

While opponents point to the potential bad uses of this information - data which is readily available from other sources - few seem interested in thinking about the potential good uses for the Emergency Services Sector.  With better command of indoor location, among the possibilities:


And truth be known, Google was not the first to launch this concept, nor will they be the last to try to bring clarity to indoor location.  For example, in March 2011, Navteq had previously announced plans to provide indoor maps similar to Google's effort, and the day after the Google announcement, reports surfaced that Nokia is working on 3D indoor mapping.
Posted by Steve At 8:15 AM