Out of concern for the devastating damage rising seas could have on the nation's coastal communities, Climate Central of Princeton, New Jersey, has just released a way to visualize the issue for the entire coastline of the U.S mainland.  It's done with elevation referenced inundation overlays that can be adjusted to reflect various increases in sea height up to ten feet.  As an example, find below two screen shots for Ocracoke, NC.  First, one for a one (1) foot inundation, and then one for a three (3) foot inundation.  Only those areas shown in white would be dry land above the indicated water level: 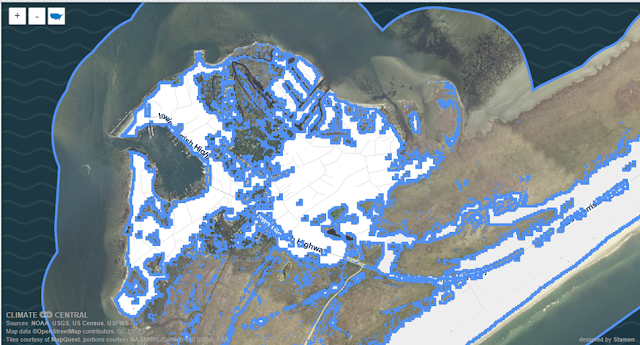 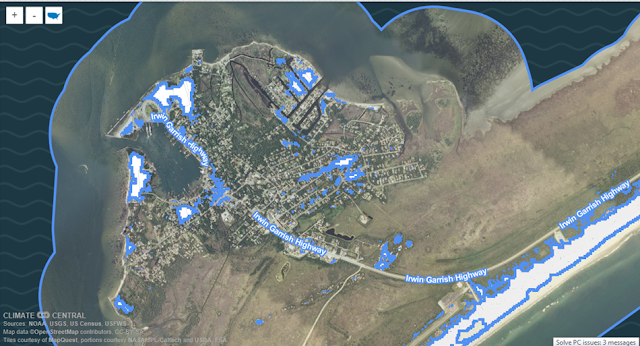 Three Foot Inundation
For more on this effort, click the link below for an article from the New York Times:
Rising Sea Levels Seen as Threat to Coastal U.S.

Or, click the link below to proceed directly to the:
Surging Seas Mapping System
Comment: Although Minnesota is not one of the states actively considered by this effort, reality is a disaster along our nation's coasts of this magnitude, would quickly become everyones' disaster.﻿
Posted by Steve At 7:00 AM