A Picture Is Worth a Thousand Words: Rio's New City Operations Center 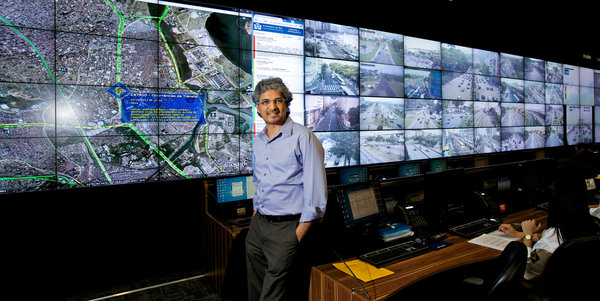 Need more?  Try the IBM news release on the effort, or play either of the two videos below (second one has English subtitles):
Comment: Pike Research has described the modern city as a "System of Systems".  Consequently, fusion of geospatially driven management and monitoring systems in one place will be the only way to effectively manage the city of the future.  And as was the case here, key to making that point with decision makers controlling the purse strings is emergency preparedness and response.  For more on that thought from this blog, see also: "The Future Is Now: A GIS Driven Common Operating Picture at California ISO".
Posted by Steve At 7:30 AM