﻿
To be certain, when it comes to online mapping, Google is King.  However, due to a recent corporate decision to start charging smaller users for incorporating Google Maps into their web pages, that leadership position may be headed for trouble.  Central to the brewing storm is the reality there are other available mapping services that charge either comparable or lower rates than Google.  That list of competitors includes MapQuest, Bing, and soon, ESRI.  But, there is also a dark horse - one that none of the others can match in terms of concept: OpenStreetMap (OSM).  In essence, OpenStreetMap is intimately linked to the philosophy that geospatial data belongs to the masses, and should be created by the masses.  As a result, this, "initiative to create and provide free geographic data, such as street maps, to anyone," presents a long term challenge for all those who want to charge for geospatial knowledge.

Think a service that relies on volunteers to provide and edit data could never work?  Then take a look at the two screen shots below from Brighton, England -  first Google, then OpenStreetMap: 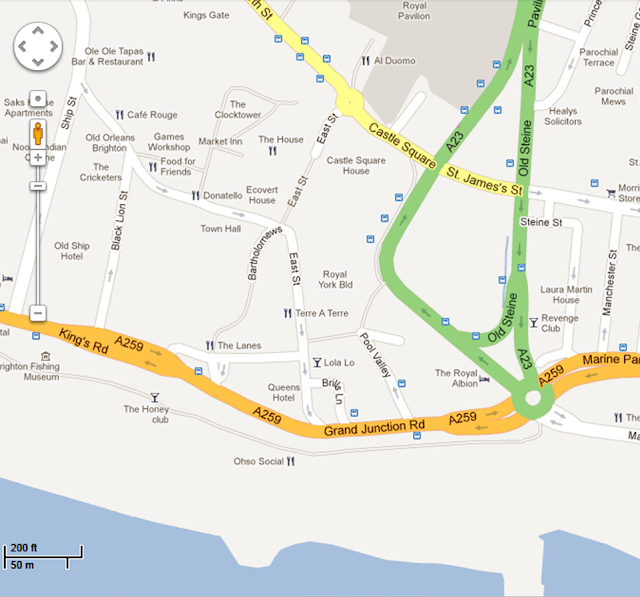 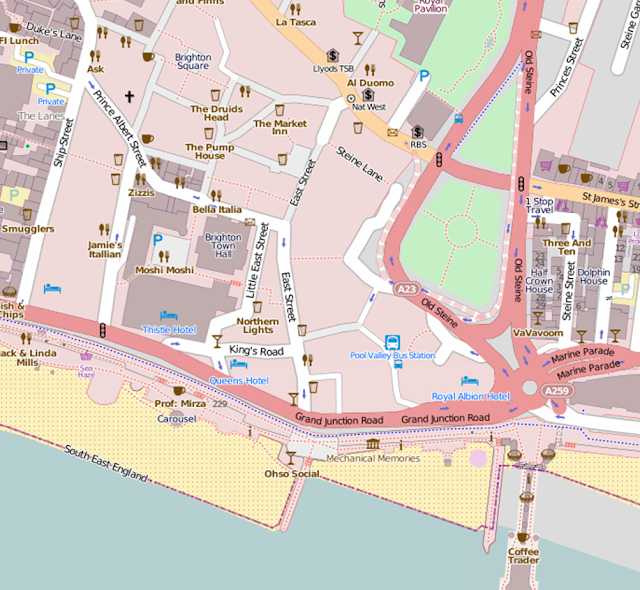 Barely looks like the same place - right?  So click on the links below to:
Learn more about the potential consequences of Google's decision
Or,
Take OpenStreetMap for a test drive
Comment: In all likelihood, Google and others would claim the above is an unfair example because England is not the United States - Yanks are far less likely to be geographically engaged as Brits, and the quality of layers in the U.S. will suffer as a result.  Fair enough.  But every trip starts with a first step and there can be little doubt about which understanding of physical space would ultimately have the greatest value to the Emergency Services Sector, or the public during a disaster.  Consequently, my vote goes with the OSM concept over vendor supplied data any day!
Posted by Steve At 7:00 AM