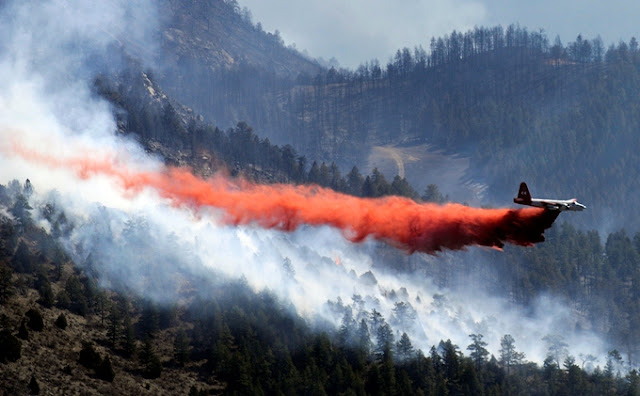 On March 26, 2012, a prescribed burn set a few days earlier by the Colorado State Forest Service  in an area southwest of Denver exploded into the "Lower North Fork Fire".  The fire eventually burned 4140 acres, destroyed 27 homes and has been blamed for three deaths.  On Wednesday, April 18, 2012, the Jefferson County Sheriff’s Office released a report indicating there was no criminal wrong doing associated with this wildfire.  That finding left many individuals impacted by the tragedy wondering about the distinction between criminal behavior and what they believe is at least incompetence by public officials. In that vein, a point of contention has been the Emergency Notification System (ENS) used by the Jefferson County Emergency Communications Authority (JCECA) failed to work properly during the fire.  At its core, an ENS system relies on an accurate relationship between a phone number and the physical location (or geo-code) for that number (typically, a street centerline-address).  In the case of the Lower North Fork Fire, a significant number of evacuation notifications were auto-dialed to addresses miles away from the fire, while some addresses in the evacuation zone weren't notified at all - with at least one death being directly attributed to this failure.  Indeed, a cursory post-event examination found more than 100,000 geo-coding errors in the ENS database that was in use at the time of the fire.  To learn more, use any of the links below:

Comment:  "Gee, you sure posted a lot of links and other stuff about this fire.  Don't you think that was a little overkill?"  Nope, the overkill is exactly the point.  Make a mistake the public will find out about when it comes to using geospatial in an emergency management situation, and just plan on that mistake being magnified in the press many times over because "where" is at the root of every response.  And, for anybody who thinks I'm picking on Colorado with this discussion - truth be known, I'd instead say if this issue came forward in the Denver region, it can happen ANYWHERE in the nation - including Minnesota.  That's because Denver has one of the nation's most advanced geospatial communities, as well as a technologically "with it" Public Safety sector.  Yet, here we find Google Map locations used to reference cell phone number locations, and a reverse call system built using a different database than the one being used by dispatch centers - and with no apparent effort to cross-check them until after the fire.  Yup, we have a national problem - one that needs national leadership!

Lead photo credit: Denver Post
Posted by Steve At 7:00 AM