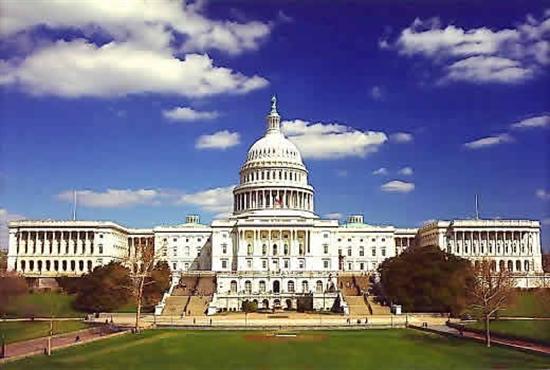 In late April, the Congressional Research Service - a part of the Library of Congress that works directly for Congress - released a background study on geospatial data issues confronting the nation. Key points of the report entitled "Congress Issues and Challenges for Federal Geospatial Information", include:


Here are some tidbits (emphasis added):

As much as 80% of government information has a geospatial component, according to various sources. The federal government’s role has changed from being a primary provider of authoritative geospatial information to coordinating and managing geospatial data and facilitating partnerships.

Yet, some members of the geospatial community have indicated that the past efforts to create a national spatial data infrastructure have not met expectations, and have called for a new effort to build a “national GIS” or a “NSDI 2.0.” In addition to promoting the efficiency and interoperability of such a national system, some promote NSDI as “digital infrastructure” on par with other parts of the nation’s critical infrastructure—such as roads, pipelines, telecommunications—and underscore its role in the national economy and in national security.

Producing floodplain maps, conducting the Census, planning ecosystem restoration, and assessing vulnerability and responding to natural hazards such as hurricanes, earthquakes, and tsunamis are examples of how federal agencies use GIS and geospatial information to meet national needs.

The National Research Council (NRC) notes, however, that the need for complete national land parcel data has become urgent particularly for at least one application—emergency response. During the Hurricane Katrina disaster, some critical land parcel data that was needed by emergency responders, public officials, and even insurance companies was not readily available or did not exist.
Further, the NRC report asserts that many of the property fraud cases associated with the geospatial data, specifically land parcel data.

Between 2003 and 2008, the Federal Emergency Management Agency (FEMA) invested approximately $1 billion in the Map Modernization Program, a large-scale effort to collect new elevation data, update existing data, and digitize older paper flood maps. State governments and local partners also contributed considerable funding to the effort. The FEMA effort produced digital flood maps covering 92% of the nation’s population; however, according to the NRC report only 21% of the population has flood maps that fully meet FEMA’s own data quality standards. As a result, insurance companies, lenders, realtors, and property owners who depend on the flood maps to determine flood insurance needs, plan for development, and prepare for floods still have to deal with uncertainties inherent in the less accurate flood maps.


To read the report use the link below.  A link to a companion background report about GIS that was produced for Congress last year has also been provided below:

Comment: This document should be mandatory reading for every public-private decision maker in the country.  The implications of the nation not acting on the issues discussed are far reaching for every American, with significant impact on employment opportunities, government services, and national security. But to fix problems identified in the report, it is going to take more than Congress passing a bill.  Because the value of geospatial data is ultimately one of granularity, there also needs to be engagement at the local level to create grass roots approaches that will enable a national process to grow.