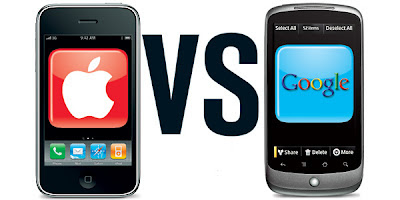 Within the past week, rumors have swirled and corporate news conferences have been held in anticipation of Apple apparently preparing to announce today that it will be terminating use of Google Maps on its iOS platforms.  One time allies are now becoming enemies in the fight for mobile mapping dominance.  The forum for the announcement will be Apple's World Wide Developer Conference (WWDC 2012) being held in San Francisco through the end of this week.  Supposedly, the new Apple navigation service will attempt to "one up" Google by delivering highly accurate navigation combined with 3D services. For its part, Google attempted to head off the hoopla but holding its own news conference this past Wednesday where it revealed a new 3D mobile map capability along with other enhancements to its mapping services.  Naturally, the technology focused press is filled with stories about these developments, so choose your level of interest from the links below:

The Spy Gear Which Could Slay Street View: Apple Calls In Private Air Force With Military-grade Cameras Which Can See INSIDE Homes To Create New 3D Map (Mail Online)

Comment: The number of times I have heard individuals from the Emergency Services Sector tell me they count on "Google Maps" for various job related activities is substantial.  And while that approach may not be the best from a technical standpoint, it serves as a reminder that basic utility of product is the key to delivering geospatial products and services to the Emergency Services Sector that have value.  Thus, anything that brings competition to the world of internet based mapping services is something I like to see.  So slug away - Google and Apple - I'm cheering for both of you.

Lead graphic: businessweek.com
Posted by Steve At 7:00 AM