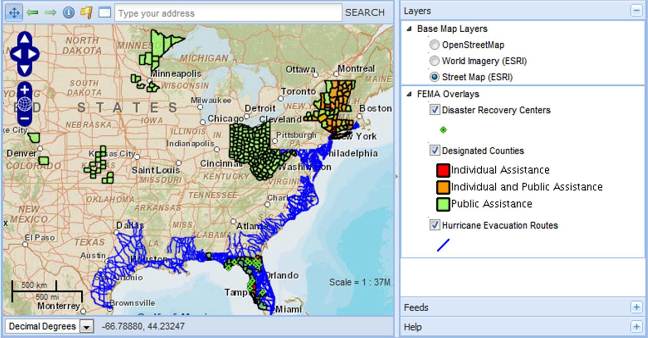 For your consideration, Friday's Fearsome Five:


Minnesota Disaster Declaration: In response to severe storms and flooding that occurred in the state during the month of June 2012, on July 6th, FEMA announced President Obama had Declared a Disaster for Minnesota. With that declaration, federal funds will now cover up to 75% of reimbursable costs.  Use the links below to learn more, or to fiddle around with FEMA's Federal Disaster Viewer (example shown above):

Your Cell Phone Location Data Is Not Yours: Investigative journalists at Pulitzer Prize winner ProPublica recently filed a report on a mysterious fact.  It turns out that cell phone companies have been doing all sorts of stuff with the geo-location data collected from your cell phone, but if you want that same data, forget it. Click the link below to learn more:

HIFLD Live!: Holy ta-mole-ez, Batman - the next meeting of the Homeland Infrastructure Foundation Level Data (HIFLD) Work Group will be available via webinar! If you would like attend via the web, here's what you need to know:

Smart Grid Legal Troubles: This is one of those items where I feel strongly about both sides of the issue (ha) - so over the weekend you're going to have to decide for yourself.  Question: Are smart grid readers an invasion of your privacy?  More than a few folks think so as you'll come to learn through the links below:

Comment: And with that, thanks for tuning in this week - have a great weekend!
Posted by Steve At 7:00 AM