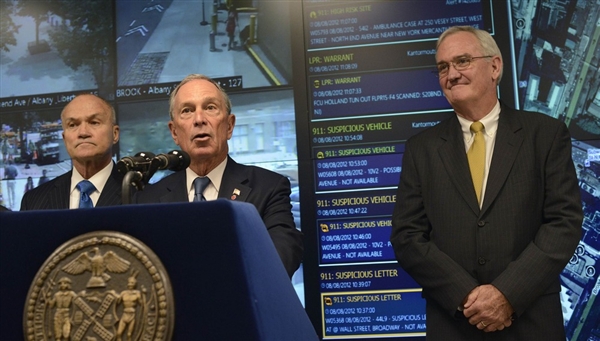 In a story that dovetails with yesterday's posting about Automatic License Plate Reader (ALPR) technology in Minnesota, on Wednesday of last week, the New York Police Department unveiled its $30 million plus "Domain Awareness" effort.  Built in partnership with the MicroSoft Corporation, the system ties together  data streams from disparate sources such as surveillance cameras, radiation detectors, crime statistics and ALPR's in one place, and then visually overlays that information on a map interface. During the news conference given for the system's unveiling, New York City Mayor Michael Bloomberg touted the system as not only a big leap forward for the NYPD, but also a new standard for the rest of the nation.  The coverage of the event in the New York press was expansive and triggered numerous editorial discussions about invasion of  privacy.  To learn more, use the links below:

Comment: For anyone who still wants to pretend that "where" is really not that important, here are some pretty smart folks saying something entirely different.  If you watch the video, count the number of times the Mayor and others mention words related to location.  Actually, its pretty hard to not use those words when what you are talking about is a system that uses GIS as its backbone.

Lead picture: Keith Bedford, Reuters
Posted by Steve At 7:00 AM