Fahrenheit 212 Friday: Faceoff, We Told You So - But You Wouldn't Listen, GPS for Powertools, Flying Squirrel Suit In Reverse, and SWEEETOTT! 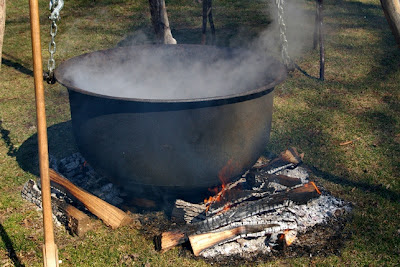 I got a spanking from the editorial board after last Friday's monkey business, so I have to keep it under control this time around or else....

Faceoff: Turns out I'm not the only one in hot water. Facebook joined me for a toasty swim when some European Union legal arm twisting made them turn off their facial recognition feature for European users effective October 15th. Good to see someone's paying attention - at least in Europe. More, below:


We Told You So - But You Wouldn't Listen: Earlier this year we ran a piece on how Public Safety officials are concerned about the growing problem of individuals losing situational awareness while texting and doing something else, like - walking. The woman in the case below was clearly task saturated when she fell off a cliff - she was texting, walking, and smoking.  You can't make it up - more below:


GPS for Powertools?:  Clearly, the details of this story are vague (huh?). The MIT crowd is back at it again - this time they have come up with a gadget that works like a GPS for power tools. Oh, great. Does that mean, "Measure twice, cut once," becomes an obsolete phrase in English?  Links to read the article, or watch the U.S. map go from screen to product, can be found below:


Flying Squirrel Suit in Reverse: Most of us have seen one of those videos of crazy people jumping off mountain peaks and then "flying" down a mountain, often at only a 100' or so off the ground at 100+ miles per hour.  Now, some folks have come up with a plan to do it in reverse, in a much safer fashion, and over terrain where humans could never "fly". Mountain climbers, start your drones. More, below:


SWEEETOTT! (or "SWAT Team Meets Candy Bar"): If there was ever a human event analogous to a fish taking the bait and then being reeled in, this is it.  Nestle's "We Will Find You" advertising promotion is putting GPS tracking devices in six candy bars in the UK so they can track down winners of 10,000 pounds (ok, so it was a bad pun). Hopefully, the GPS tracking device won't be in the candy bar.  Video, or story link, below:

Truly hope you have a sweet weekend.....


Lead photo: westirondequoit.org
Posted by Steve At 7:00 AM