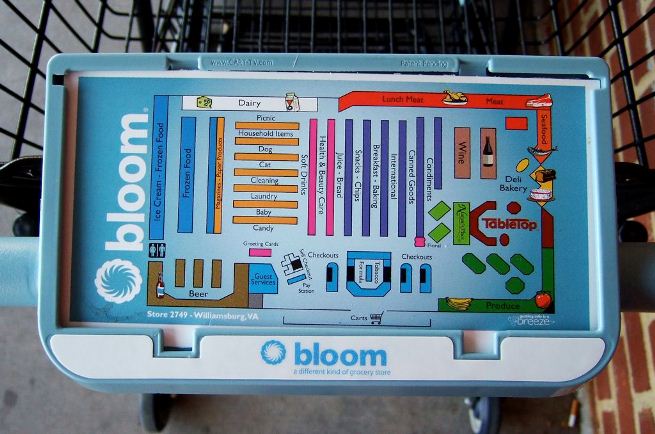 To be certain, today in the United States will be FRANTIC as shoppers pour through stores, pushing, shoving, clawing at one another to grab the best possible deals, all in name of being ready for the day when most of the Christian world will celebrate the birth of a man of peace and grace. Yup, makes sense to me. So along those lines, find below another one of my mindless collections of totally unrelated stories about whatever.


Shoppers, Start Your Carts!: Maybe some of the insanity of Black Friday could be curbed if shoppers had a map. Odd thing about the picture above - the idea has been around since at least 2008 and has never really caught on. I guess shoppers like to be lost...or retailers want them that way so they will buy more stuff during their wanderings. Below for a tidbit more:


Have We Got A Deal For You!: Giving an iPAD for Christmas is so passé. Instead, consider joining the throw back movement by giving an electronic gift like a 1951 calculator - one checking in at a mere 2.5 tons. I mean, seriously, it will immediately put a stop to all that whining and complaining that goes along with, "For Christmas, I absolutely must have a (fill in the blank) because my current (fill in the blank) is too slow and outdated."  Story with great pics below:

Spy In the Eye: Sorry, this one is just too darn creepy for me. It's bad enough that there is something strangely off about department store mannequins to start with. Now, come to find out they really could be giving me the once over has added a whole new level of disturbed to the equation.  Read/view below if you dare:


Drone for Christmas Dinner?: Apparently there are some very confused hunters in Pennsylvania (just like in South Carolina). Upon seeing a VERY LARGE pigeon fly into their hunting grounds, there have been at least four attempts, on separate days, to bring down the bird for Christmas dinner. Only problem is, that VERY LARGE pigeon is actually a drone - and some animal rights folks are none too happy about the buckshot. Below for more on a situation that is only going to get worse as privacy and guns square off in the coming drone invasion:


Putting It All in Perspective: It's a recently released reminder from the USGS. I'll leave it at that as the shoppers stream through stores looking for the best deals at the best prices. Use the right side bar to drive down into the imagery.


All for this week - wishing you safe travels if Thanksgiving has put you on the road.