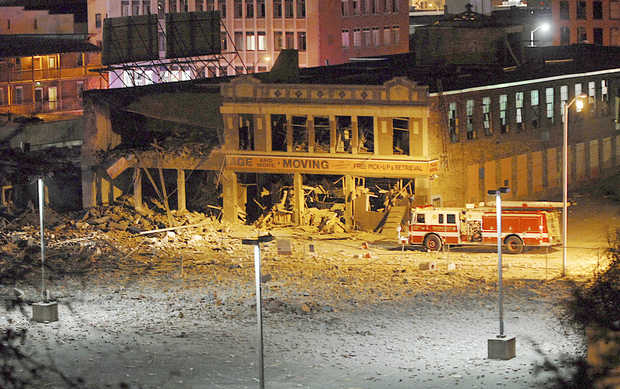 For the past four days or so its been headline news - Employee of a Springfield, Massachusetts area utility company mistakenly punctures an underground gas line, thereby triggering an explosion that levels the Scores Gentlemen's Club, damages multiple buildings, and injures at least 21. Initially, reports from the field attributed the event to an incorrectly marked gas line location. Now, investigators have been asking the deeper question: Why?  More below:


Comment: This event has its basis in a classic problem when it comes to GIS use in the underground utility community.  It's hard as heck to justify spending the dollars needed to "digitize maps" of stuff hidden underground until a point of comparison is offered. Then, the choice is obvious. Pay a million dollars or so to convert old paper line drawings into accurate electrons and increase the odds an accident will be avoided, or do nothing and pay 100's of millions to settle law suits and damage claims on the backside of an event like this. Little doubt Pacific Gas and Electric understands that point based on what happened in a San Mateo County Court this past summer.

Besides Federal and State investigative efforts, there are trade groups giving strong consideration to the many facets of this issue. One of them is the Common Ground Alliance. They'll be holding their annual convention in West Palm Beach, Florida on March 12-14, 2013.  Details here.