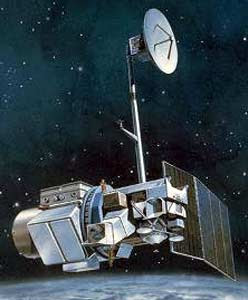 Not so long ago, the NASA/U.S. Geological Survey's (USGS) Landsat satellite program celebrated its 40th anniversary. Although not a provider of high resolution imagery, the effort continues to be a foundation program which provides remote sensing for a variety of purposes including overhead imagery of disasters worldwide.  Three of the better known ways to access Landsat imagery are:


In late December, the USGS announced that in the coming months, one of the program's satellites, Landsat 5, would be decommissioned and future efforts would be carried forward by Landsat 7 and 8.  To learn more about the end of the world's oldest observation satellite, use the link below:

Comment: Landsat 5 is a truly amazing story. A satellite with a three-year design life that has lasted 29 years plus.  Congratulations to NASA, the USGS Flight Operations Team, and all others who made this extraordinary accomplishment possible!
Posted by Steve At 7:00 AM