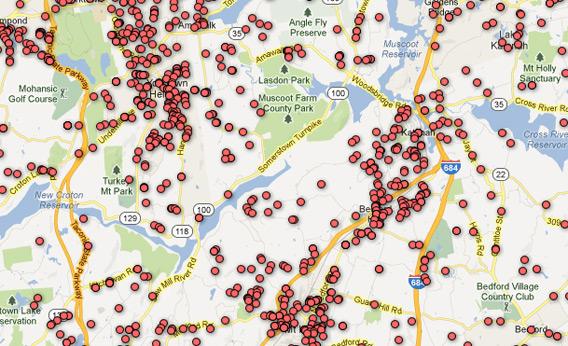 Bang-Bang Map Goes Boom. The reports are all over the place on this one. Following the Sandy Hook tragedy, White Plains, NY newspaper the Journal News published a map showing the homes of gun owners in two New York metro counties. Now the newspaper has pulled the map.  The newspaper says it's because of a new state law. Others claim it's because the map was actually making the community more at risk by helping thieves know where to go to steal guns.  You decide:


Now You See Me, Now You Don't. Speaking of things disappearing, have I got a deal for you. Coming to a high fashion store near you, clothes that will make you and your electronic goodies disappear from things like drones and infra-red sensors. Not to be confused with dieting. More below:

A Hot Time in the Old Town Tonight. There might be an exception to the concept discussed above - that being when your "glow factor" is sufficiently high enough that you no longer look like background radiation. Thank goodness efforts are underway in places like Washington, DC to get a handle on the issue. Of course, it can't be done without remote sensing and tons of electronic maps: 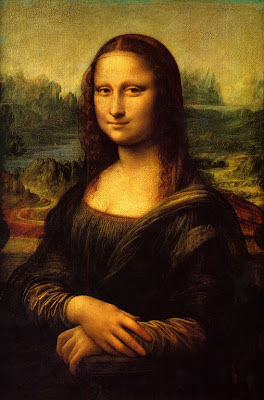 Beam Me Up - Scottie. This one is almost too good to be true, especially when considering the potential for future emergency communications in disaster areas, or where conventional comms won't work. Burst transmissions with lasers. If it was good enough to send Mona Lisa to the moon last week, I've got to believe it will be good enough to someday use here on earth.  More below:


Another Ghost Island? I know, it's hard to believe but the South Pacific seems uniquely endowed with mysterious islands. Islands are shown on maps, but they can't be found. And, open ocean is shown on maps, where islands (reefs) can be found. From recent travels, trust me when I say the politics are high after an American minesweeper ended up where it shouldn't be because of a bad map.  Opps, scratch that.  That sentence should read because of a bad "chart".  It's a nautical thing.


US Navy: Faulty Navigation Map May Have Caused Minesweeper to Run Aground in Philippines
(The Washington Post, January 18, 2013)

Lead graphic: slate.com
Posted by Steve At 7:00 AM