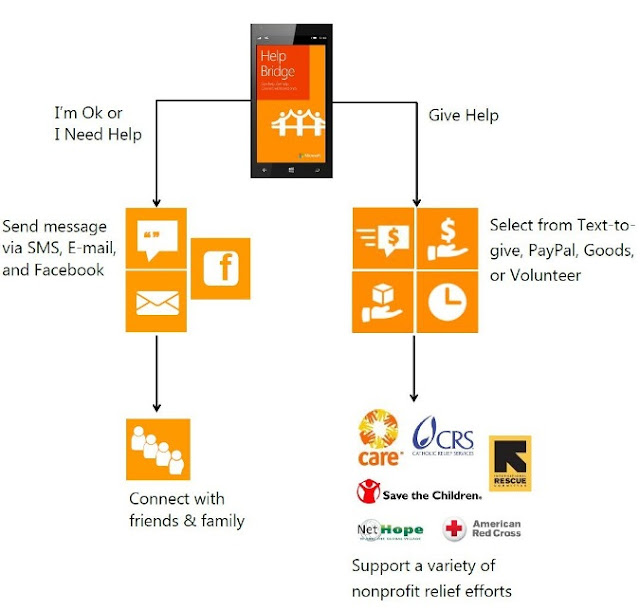 In the middle of January, Microsoft announced release of its first disaster app for smartphones. Called HelpBridge, the app allows an individual to send a pre-formatted help request via SMS, email and/or a posting on Facebook. Location information can be included in the request. The app also has a feature that individuals who are not in need of help can use to connect to services where they can donate money, goods or time. More below:


MicroSoft Debuts Android, iOS, and Windows Phone App to Give, Ask for Help After Natural Disasters
(The Next Web, January 16, 2013)

Comment: Here's the review - GOOD: Great to see a company like Microsoft engaging in efforts to bring technology to the disaster response equation.  OTHER: Rather than everybody going off and doing their own thing, it sure would be great to see corporate America get together and work with FEMA to develop standardized apps that facilitate interoperability and channel information flows so that they also support government's role in response.

Lead graphic: Microsoft
Posted by Steve At 7:00 AM