More Wildfires on the Way 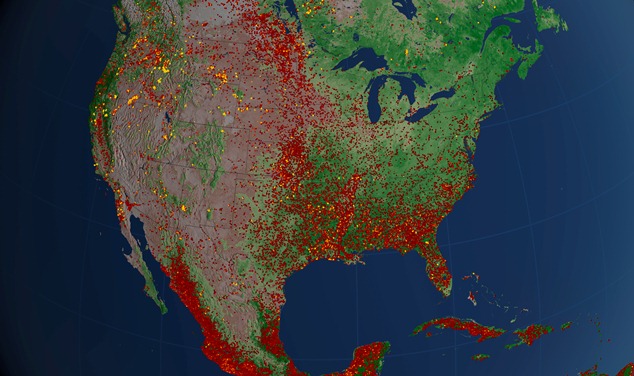 If you thought 2012 was bad for wildfires, you would be correct. On top of being the warmest year on record since records have been kept, 2012 was number three for the amount of acres burned by wildfires, and number one when it comes to the average size of those wildfires. Unfortunately, review of 2012's environmental conditions by the National Oceanic and Atmospheric Administration (NOAA), National Interagency Fire Center (NIFC), and NASA point toward 2013 being as bad, perhaps worse. Links below provide the details: