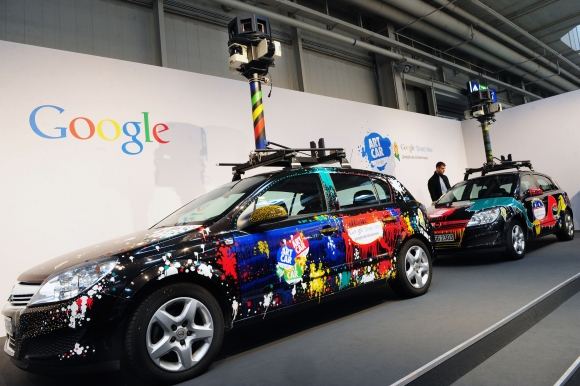 OK, it's been one of those weeks, so I'm mad...blind crazy mad. In fact, I would go so far as to say I'm furious about some things that have gone on in the last week or so. Turns out, I'm not the only one - there's plenty to go around. From mildly upset, to blind crazy angry can be found in descending order below:

WHAT DO YOU MEAN MY TAXES ARE GOING UP?  It's bad enough that units of government are looking for ways to raise taxes, but this latest ploy is just about the sneakiest thing I have ever seen (if I'm a tax cheat, that is).  To top it off, it involves Google Street View.  At the heart of the matter are the crafty and ingenious public servants of the beautiful Baltic state of Lithuania who have invented a tax collection scheme certain to show up in a neighborhood near you. If you ask me, they took all that preaching I've been doing about governments getting on board with the Geospatial Revolution - one step too far. Tax dodgers can get mad by reading below:

WE DON'T WANT NO STINKING DRONES! Although you have to give this Texas legislator credit for trying to anticipate the trouble ahead when it comes to drones, here's another one that went a wee bit too far if you ask me. It's certain to make the boys and girls of the UT flying circus hopping mad.  Come to think of it, maybe we should all be that mad if there are no drones in the sky:

ARE YOU KIDDING ME??????  Sometimes a story is sooooooo far out there, I get mad at the press for even running it. So that's why I'm repeating it here - just so you can see what I mean....... Somehow I don't think I'm going to be able to talk my way out of this one except by saying my concern lies in the future - just like in the story above. Because if the manipulative low life who is this story's centerpiece could figure out how to finagle the remote sensing package known as the Internet, a webcam and some social networking tools to pull off what he did, we are in for some REAL trouble in the years ahead with advent of cheap satcom and drones. That makes me really mad:

NO, I'M NOT TAKING OFF MY CLOTHES SO YOU CAN CHECK FOR GUNS! It's bad enough that I'm poked and prodded every time I pass through an airport security checkpoint; something that happens at least a couple 100 times a year.  Now, it turns out, that in no time at all I will be able to get the same treatment without giving my consent, taking off any clothes, or being in a place where I could reasonably expect I might get stopped and searched.  I'm just going to get searched for the heck of it - and not even know it.  But, hey, if you are looking for guns, I guess anything goes.  However, when it comes to my right to privacy, that makes me very, very MAD:

HELLOooOOooooo..... This one drove me over the cliff on mad. In fact, I can't think of anything that sets me off quite like this topic. To the detriment of our national best interests, commercialization is attempting to move into a space where there already exists a clearly defined Federal cartographic standard.  A standard that is meant to reduce suffering, save lives, and do everything and more than what is being promoted in the name of a dollar. So, as you will see in the coming weeks, it's time to get serious about push back. To find out what has made me that crazy mad, click the link below:

Truly hope you have a great weekend - while I attend my anger management class!