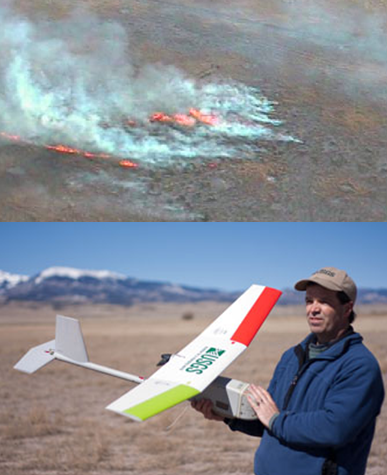 The U.S. Geological Survey (USGS) has long been known for its mapping efforts which have produced such classic products as the "topo" map. However, few know that over the past couple of years the agency has become increasingly involved with Unmanned Aircraft Systems (UAS). And oddly enough, one of the areas being given consideration for these expanding efforts is natural disaster response; with events ranging from slow moving bank erosion to fast paced wildfires. Information about the USGS UAS program can be found primarily in two places: (1) a vision document released in May of 2011, and (2) a website.  Links for both are provided below:


Comment: You've got to wonder what John Wesley Powell would think about this development?  Hard to believe we are  a mere 140 some years from his expedition down the Colorado River in a wooden boat.

Lead photos: USGS archive
Posted by Steve At 7:00 AM