Wisdom From the Top 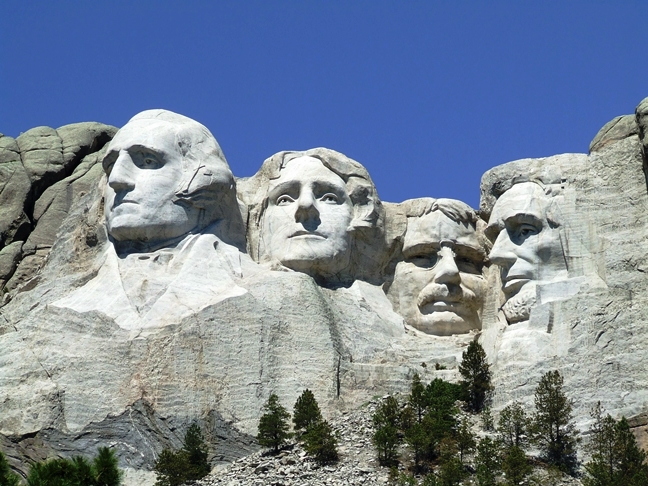 It's "their" day, so in honor of all the men who have led the American nation since inception, we pause to reflect on some of their tidbits of wisdom from across the ages:

"To be prepared for war is one of the most effectual means of preserving peace."
~George Washington~

"The price of freedom is eternal vigilance."
~Thomas Jefferson~

"One man with courage is a majority."
~Andrew Jackson~

"It is easier to do a job right than to explain why you didn't."
~Martin Van Buren~

"Nothing brings out the lower traits of human nature like office seeking."
~Rutherford Birchard Hayes~

"If it were not for the reporters, I would tell you the truth."
~Chester Alan Arthur~

"The only man who makes no mistake is the man who does nothing."
~Theodore Roosevelt~

"If you want to make enemies, try to change something."
~Thomas Woodrow Wilson~

"I have never been hurt by anything I didn't say."
~John Calvin Coolidge~

"The only thing we have to fear is fear itself."
~Franklin Delano Roosevelt~

"There is nothing wrong with America that the faith, love of freedom, intelligence and energy of her citizens cannot cure."
~Dwight David Eisenhower~

"You ain't learnin' nothin' when you're talkin'."
~Lyndon Baines Johnson~

"Always give your best, never get discouraged, never be petty; always remember, others may hate you. Those who hate you don't win unless you hate them. And then you destroy yourself."
~Richard Milhous Nixon~

"We are a nation that has a government—not the other way around. And that makes us special among the nations of the earth."
~Ronald Wilson Reagan~

"If anyone tells you that America's best days are behind her, they're looking the wrong way."
~George Herbert Walker Bush~

"There is nothing wrong in America that can't be fixed with what is right in America."
~William Jefferson Clinton~