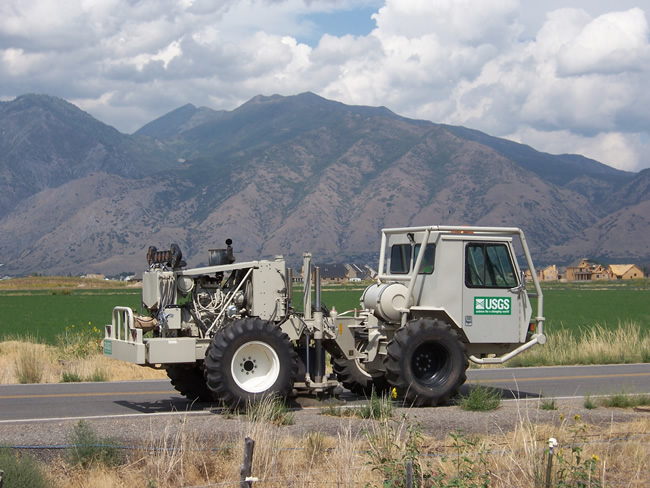 It's a Fractured Friday of stories held together by only the thinnest of threads - each has something (remotely) to do with disasters. Speaking of disasters, you should have seen me on the ski hill last Friday. And with that, off we go.....

Disaster Number 1 - Earthquakes: It's the darnedest thing about earthquakes, they seem to just show up whenever and wherever they want. But, what if there was a way to create a "man-made" earthquake so the ground could be tested for stability proposes before putting up buildings that would tumble down when the real thing showed up? Turns out the Kiwis are doing exactly that. Use the link below to bounce in on the story:

Disaster Number 2 - Flooding: On the evening of January 31-February 1, 1953, The Netherlands experienced a disaster of epic portions when a spring storm surge topped dikes and flooded some 527 square miles of The Netherlands.  In addition to nearly 2,000 people loosing their lives, death of livestock and destruction of property were significant.  60 years after the event, high resolution imagery was recently made available to the public. Use the link below to view:

Disaster Number 3 - Iran: "The Ticking Time Bomb" now equals government control of social media sites. It's the classic indicator things are amiss - when one group of individuals uses their position of power to control the expression of ideas by others. You can learn more by clicking below (provided the article is not being blocked):


Disaster Number 4 - Tsunami Debris: Last year I ran several posts about the impending arrival on U.S. shores of debris that got washed out to sea during the March 11, 2011 Japan Earthquake and Tsunami. And sure enough, shortly after those posts were offered, "things" started showing up. A reality that continues to this day. For the latest arrival, click below:

Disaster Number 5 - Drone on Skis:  It's bad enough that products like GoPro mean every knucklehead with $400 can film in HD the terror of jumping out of a perfectly good airplane, scaling whatever, exploring really dangerous subterranean crevices, or skiing down a precipice at break neck speeds. Now, Switzerland based senseFly has developed a mapping drone capable of operating in the realm of avalanches. Video and story below:


Here's hoping you have a disaster free weekend!