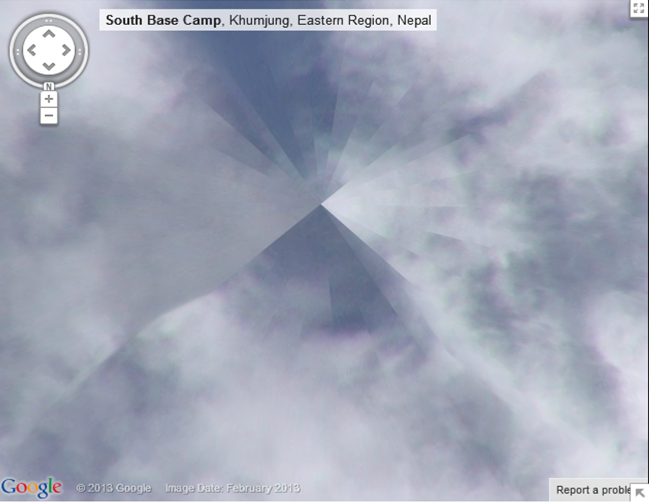 It's the second day of Spring and the temperature in Minnesota's Twin Cities is something like 15 F. And, the weatherman is saying: "Snow this weekend".  What's up with that?  I could probably do better on Mount Everest. Why don't we check it out?

Google Street View Comes to Mount Everest and Other "Cool" Places: Hats off to them - the crew at Google Street View continue to stay out in front of dragging cameras to weird places. Latest causality - top of the world. Check it out below, where you too can find weird sights like the one above, hidden somewhere in the scenery. Hint: Zenith made a really great TV:

Explore Everest via Google! Earth's Most Famous Mountain Gets Its Own Interactive Map
(Mail Online, March 19, 2013)

How Cold Is It Up Here Anyway?: They didn't come right out and say it, but you would think that if Samsung was going to build a Smart Watch, it would be able to answer that question. Apparently, it's Top Secret for now, but it will soon be found on a wrist near you (GPS, temperature sensor, and much more). Dossier below:

Am I Out of Shape, Or Did I Really Just Climb 29,029 Feet?: Now there is no more wondering about that question for Everest climbers or anyone else concerned about their personal fitness. That's because a new invention from the "record every stinking body motion and function" crowd is giving us the "Smart Wristband". I mean really, Smart Grid, Smart Phone, Smart Watch, Smart Car, is that.....smart?  Check it out:

The Deep Dark Cold of Space: Ok, so you are frozen in by a blinding blizzard and ten-foot high snow drifts, how about a cool way to spend the weekend inside on the Internet?  I have just the thing for you - tracking satellites as they orbit the Earth through the frigid parts of space shaded from the sun (it's like -290 F). Hours of fun for the entire family: 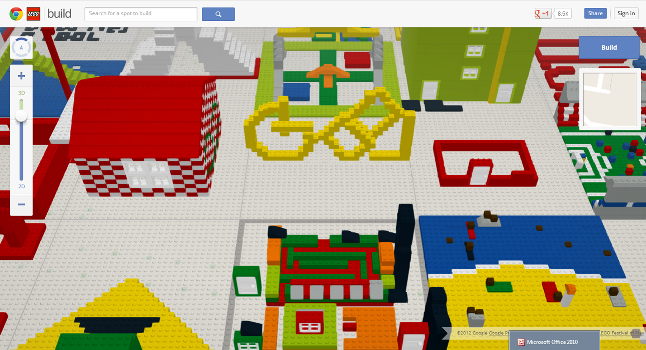 The Thaw of Summer: As one part of the planet warms up with the onset of Spring (hopefully including Minnesota some time in the next two months), another part cools off. When that happens, adults and kids in the Southern Hemisphere will be looking for an indoor activity like interactive Legos! Ok, so that's a stretch. But, if you want to check out what the fabulous folks in the land down under might be doing when the full brunt of winter descends on them in July, you can find it below. (WARNING - Addictive!) Works best with Chrome:

Hope your weekend finds you doing something cool!
Posted by Steve At 7:00 AM