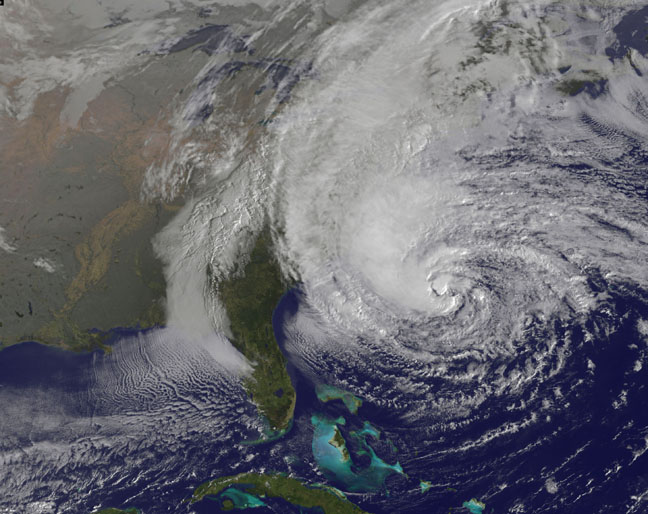 According to statistics released yesterday by European reinsurer Swiss Re, the USA led the world in disaster related losses during 2012. Of the $186 billion in worldwide damages last year, the USA accounted for $119 billion. In fact, the USA held 9 out of 10 spots on a list of the year's most expensive incidents. Leading the way, Hurricane Sandy:

According to Swiss Re, Sandy’s losses stemmed from the largest ever wind span recorded for a North Atlantic hurricane, and from the ensuing massive storm surge that caused damaging flooding in a densely populated area on the East Coast of the U.S. It also led to the worst power outage caused by a natural catastrophe in the history of the U.S.

In second place, a disaster few think about: drought. Lack of rain in the US Corn Belt is believed to have caused $3 billion in damages.

Comment: Per drought: Hats off to the dedicated professionals of the USDA, Farm Service Agency, State and County agents, and all others who effectively handled what was clearly a significant disaster for the Nation during 2012.   Thank you!