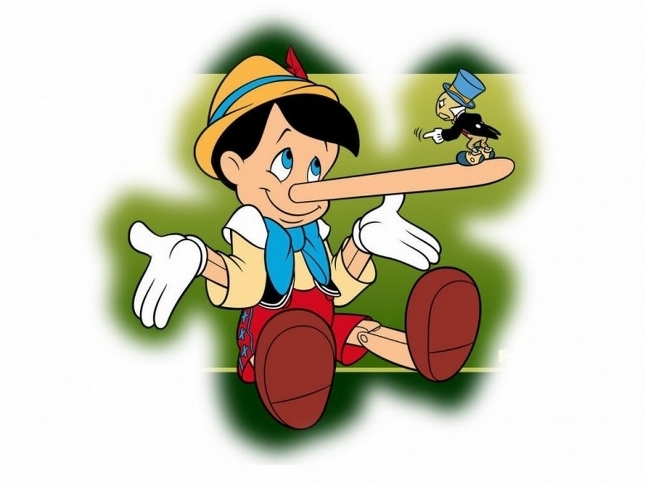 So here we are on another Friday, and of course, as always, I'm making it up as I go. This time the theme will be - somebody is coming up short on the truth. Because, after all, you never want to let facts get in the way of a good story....

Come On! The police using fake speed cameras to get motorists to slow down?  But isn't that dishonest? How could the police do such a thing? On second thought, if my choices are to not get a ticket from a fake camera, or to get a ticket from a real camera - I'll take the fake. Check it out:

Motorists Fight Back With Twitter. Speaking of the police, anyone who thinks law enforcement personnel don't know how to think on their feet needs to read this story. For every Tweet by a motorist, there's an answer. Find out below:

I Read Every Tweet, Every Day, for Those I Follow. Ever heard one that runs along those lines from the local Pinocchio? Well now there is a way to check out the plausibility of statements like that on a map showing real-time tweets from around the world. WARNING - Do Not Open The Link Below if You Get Vertigo!

It's Hard to Stop a Good Thing. This one is a wake-up call for the Press - please heed. Yes, they (and I) can publish things that will give the occasional whack-job out there a crazy idea or two. So, after a series of much publicized Emergency Services Sector responses (including SWAT in some cases) to celebrity homes in Southern California - the LAPD decided, enough is enough with the "public's right to know." I was sitting on the censorship fence about this one until I realized a nice guy from Iowa was getting harassed. Go, LAPD, Go!


Lava Lamp Gone Bad. Supposedly, the map below is the work of a hacker who created spyware to trace Internet use over the course of the day.  Say, I have this bridge in Brooklyn I'm trying to sell...would you be interested?  Anyway, dude, it makes me really mellow watching the ebbs and flows of Internet traffic as day turns into night, and night into day, and day into night, and......

Wishing You a REAL-ly Great Weekend!

Lead graphic: Fanpop.com
Posted by Steve At 7:00 AM