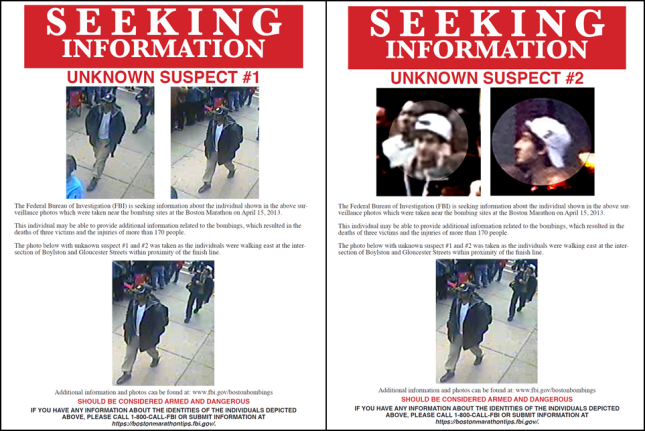 
As long as I can remember, the Federal Bureau of Investigation (FBI) has been asking for the public's assistance in finding criminals. Typically, that effort has been some combination of "Wanted" posters hung up in post offices, "tip" phone numbers, the FBI's long running Ten Most Wanted Fugitives list and the occasional TV plug. However, since the substantial information exchange capabilities of the Internet began to emerge in the late 1990's, the FBI's efforts have gained an entirely different dimension - one the FBI has apparently learned to manage with great skill. For example, while the mainstream press and John Q. Public were hard at work identifying the wrong suspects (just like they did for the Sandy Hook shootings) and filing totally errant reports about arrests, the FBI took its time and today released detailed, useful information that makes an electronically engaged, web-enabled, public a "force multiplier" in the search for the individuals responsible for the 2013 Boston Marathon Bombings. Indeed, one thing the main stream press did get correct was, as the FBI released information about the suspects, many individuals were receiving that flow of information real-time from the Internet on web-enabled smartphones. In addition to the posters above, and streaming video from the press conference, here are the other ways the FBI has made information available: 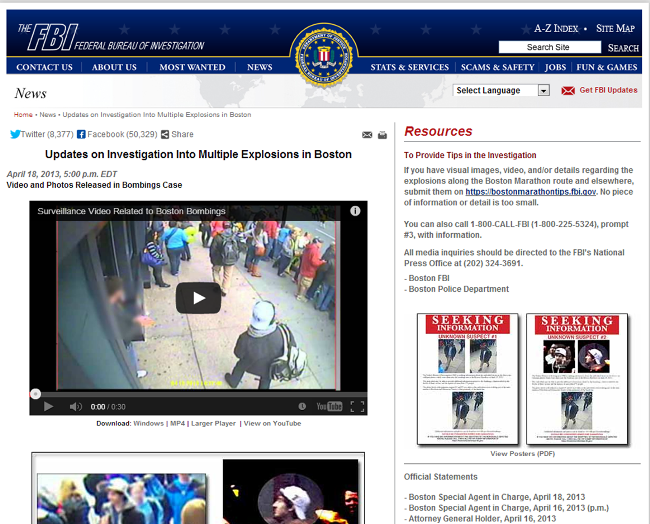 Website - Updates on Investigation Into Multiple Explosions in Boston 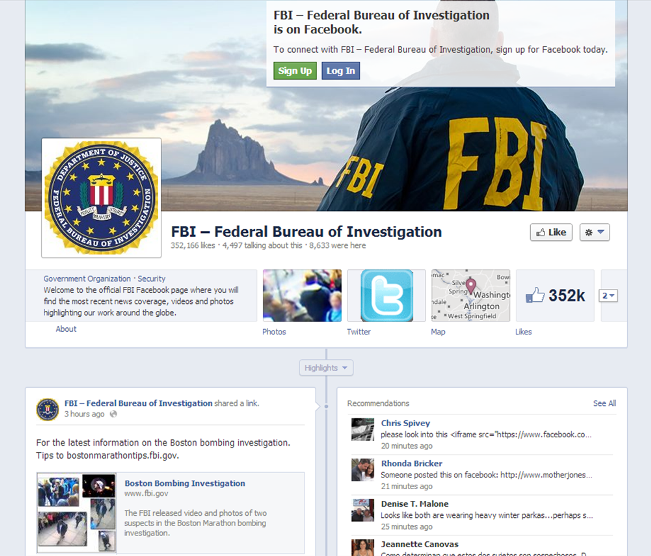 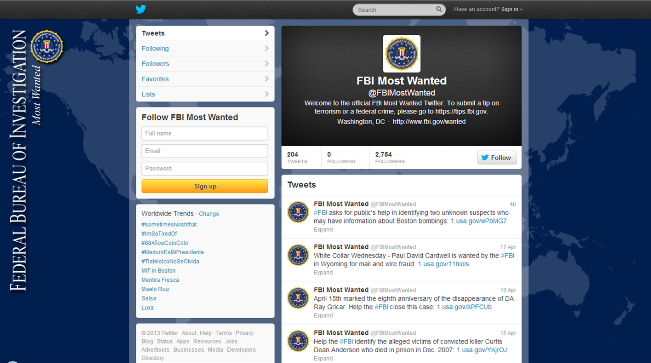 What's the return on investment for this level of engagement?  I'll leave that up to the FBI to say for certain, but curiously, within hours of this expansive and specific information hitting the Internet, crowd sourcing was apparently producing details the FBI did not mention during its news briefing:


(1) When left to its own devices, the social media/crowd sourcing approach can go seriously off the deep end on an effort such as this.  However, when channeled, as is the case here post news conference, the power of the crowd appears to be truly significant.
(2) Massive kudos to the FBI for this outreach effort. However, I've got a complaint and you can probably already guess what it is. With all this visualization....where are the MAPS? To truly empower the crowd, maps need to be part of the delivery to the public. If you want the public to find clues, provide tips, that flow of information needs to be referenced to location, and if possible, time.
(3) Surveillance cameras, cell phone cameras and recorders, Facebook postings, facial recognition, collaborative websites, cell phone records matched against location, and much, much more....makes it pretty darn hard for anyone to hide in this day and age. Therefore.........


Here's Hoping the FBI Has a Find'm Weekend!
Posted by Steve At 7:00 AM