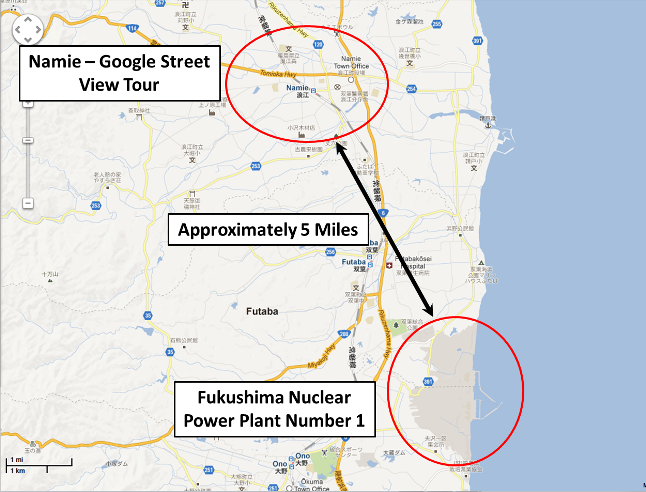 When I opened up a copy of the Japan Times last Friday, I was greeted by the following lead story: "Google Gives Glimpse Inside No-go Zone". Similarly, other major news outlets and tech focused blogs have picked up on this story about the ability for anyone with access to the Internet, to take a tour of a town left vacant by the one-two punch of the March 2011 Japan Earthquake/Tsunami and melt down of the Fukushima Nuclear Power Plant Number One. Related articles and a way for you to join the tour, can be found below: