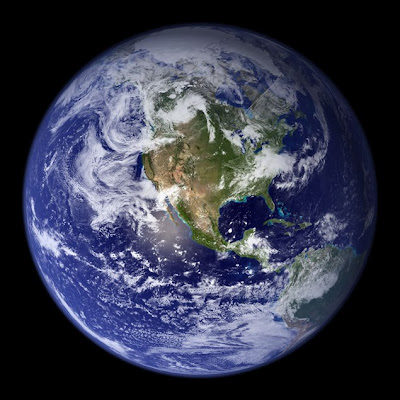 Two articles exploring different ways remote sensing is being used to support the Emergency Services Sector were recently published. First, in the April issue of Geoconnextion, Marco Van Der Kooij, examined the significant ways Canadian RADARSAT satellites have been used to mitigate and respond to flooding events around the world. Second, a joint news release by NASA and the U.S. Forest Service (USFS) highlighted a collaborative effort that has taken remote sensing technology NASA developed for its space program, and brought it back to earth for use in a USFS aircraft that will be dedicated to wildfire response efforts this summer. Links to articles can be found below:

Comment: Unfortunately, communication with RADARSAT-1 was lost in late March. The Canadian Space Agency now fears this workhorse satellite has been permanently lost.

Picture credit: NASA
Posted by Steve At 7:00 AM