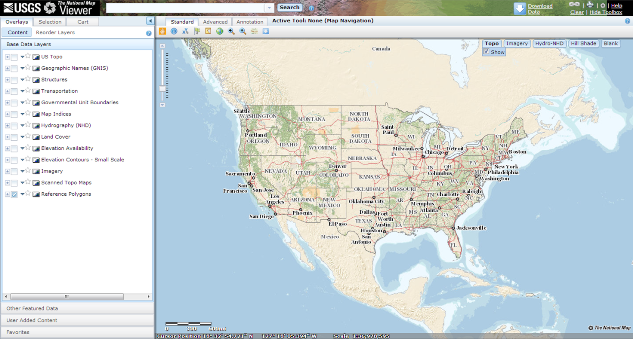 Based on review of data collected during a 10-month pilot project in Colorado, the U.S. Geological Survey (USGS) has opted to expand nationwide a crowd-sourcing effort supporting The National Map. Coming as no surprise to individuals associated with similar efforts such as Open Street Map, the quality of structures information collected during the pilot program exceeded USGS's own standards. Going forward, plans call for three phases of expansion, with 17 additional states joining Colorado in the first phase. More below:

Comment: Since 2009, Minnesota has had its own crowd-sourcing project focused on the Emergency Service Sector. Visit the home page of the Minnesota Structures Collaborative to find out more.
Posted by Steve At 7:00 AM