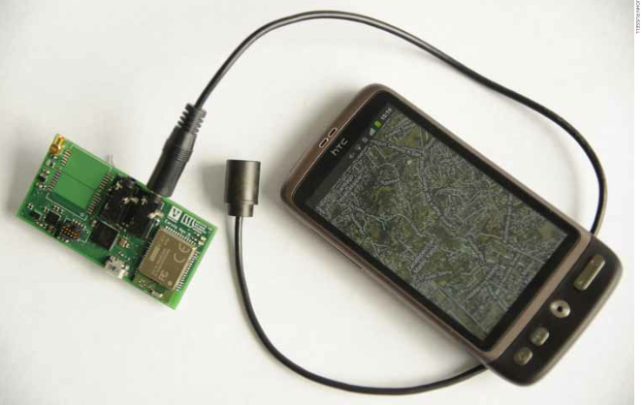 Funded by a grant from the Defense Advance Research Project Agency (DARPA), researchers at Vanderbilt University's Institute of Software Integrated Systems (ISIS) have developed hardware and software that allows an Android smartphone to determine the direction of gun fire. Created primarily as a way for small combat teams to locate snipers, the potential use in the civilian sector is also thought to be significant. In that regard, SWAT teams and patrol cars would be some of the first to receive the technology. More below:

Comment: As noted in the article, the Department of Defense has spent millions developing sophisticated and bulky systems capable of performing the same function. Therein is the marvel of what this research team has been able to accomplish. Smaller, cheaper, lighter by adapting the sensors and derived location capabilities of the smartphone.

Photo: Vanderbilt University ISIS
Posted by Steve At 7:00 AM