A Geospatial Thought About the Response in Moore, Oklahoma 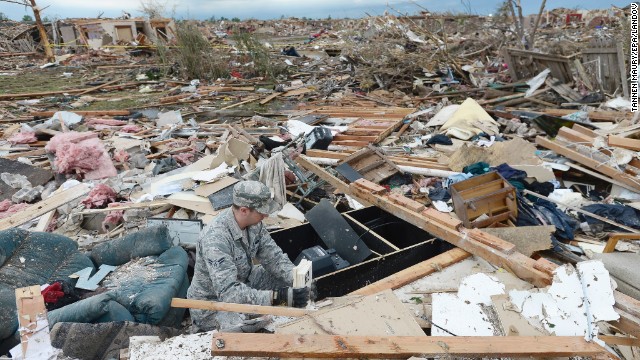 By now we are all well aware of the tragic circumstances that nature bestowed on Moore, Oklahoma this past Monday, May 20, 2013. While reflecting on those circumstances, an anonymous individual left a comment on another post that I believe is serious food for thought. Indeed, so much so, I'm offering it as today's post. Given this is the first time I have ever highlighted a reader's comments this way, I hope you will take some time to truly consider the writer's point. In an age when we are all being seduced by the latest high-tech gadget - there are limits on the wisdom of that approach when it comes to disaster response. Here's the comment:

I will bet you that not one single responder in the AO of yesterday's tornado outbreak in OK used Google for anything. AT&T, Verizon, etc., all knocked out and even were they working, a large format paper map (hopefully with common ops grid) on the hood of a truck is what working first responders need/want most. Will the new Google ever be able to interface with that common ops grid/language for location (USNG/MGRS)? "Google is clearly in the lead when it comes to having command of "where" - for everything," except for addition of USNG to their interface. (Which would be so easy/no risk for them to implement.)

Photo credit: CNN
Posted by Steve At 7:00 AM