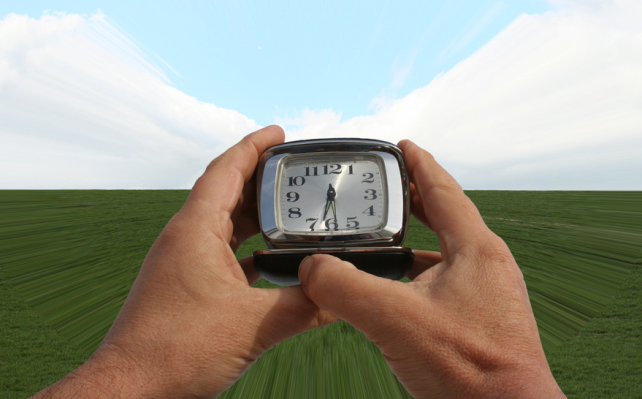 Time sure flies by when you're having fun. That happened to me this week while I was sitting in a dentist's chair having half my upper jaw chiseled away. OK, so maybe it was only one small tooth getting cut down to nothing. But, although you might have chiseled abs, I now have a chiseled jaw. And on that note of insanity, what do you say we check out how time has been flying by for everyone else.


Vanishing Point: On May 12, 1848, Samuel Brannan ran through the streets of Yerba Buena, California, yelling: "Gold! Gold! Gold from the American River". That was a vanishing point. In case you don't know it, today Yerba Buena, California is known as San Francisco, and at the time of the aforementioned event the total population of California was 10,000, with 7,000 living at the San Gabriel Mission (a.k.a. Los Angeles). Population of the Bay Area from the Russian River south to Monterey, and east to roughly Sacramento: 453. That's not a typo - that's the real meaning of 165 years. A point you can somewhat confirm for yourself by reviewing San Francisco's "high density population" map of 1853 using the link below. With a little study, you'll also figure out where not to be when the next earthquake hits.

I Didn't See You in Church on Sunday!: While we are messing around with Google stuff, I thought I would mention my latest plan for not lying about church attendance. No more stretching the truth for me, no sir. If somebody asks about my whereabouts, I can honestly say I was IN church - they just didn't see me.  Little doubt it will be next big thing. To see what I mean, explore Minnesota's Cathedral of St. Paul and whole bunch more using technology introduced in 2011, that's finally coming into its own in 2013:

Good Thing I Went to Church Last Week: Last year I was freaked out by mannequins with surveillance cameras for eyeballs - this year its worse. Advertising screens in department stores will soon be watching eye movements so they can dispense ads "we should be watching" based on eyeball reactions. Thanks Madison Avenue - I really need that intrusion in my life...I can't wait to see what the next 10 years brings. More below:

More Devilish By the Minute: In another shopping story from the not so distant past, I ran a piece about a handful of shopping malls that were tracking "guest" locations based on cell phone signals. Now, a little bit over a year down the road, there has been an explosion of the technology everyone has been waiting for - smartphone tracking of "shopping behavior" inside specific stores. Yippie! Couldn't have come soon enough!  Check it out:

Euclid Analytics And Retailers: How Stores Like Nordstrom Track You Via Your Smartphone's Wi-Fi Signal
(Huffington Post, May 8, 2013)

Time For a Drink: For the second week in a row, the stress of it all will have me at the local pub shortly after the factory whistle announces 4 o'clock quitting time. Thank goodness there's at least one place where a guy can still go and get away from all this invasive high-tech stuff. What do you say we toast to that?  Just be careful not to damage my Facebook glass when we clink, OK?  Specs below the video:

Here's Hoping Your Weekend Trip Into the Future is Enjoyable!
Posted by Steve At 7:00 AM