"Furball" Friday - Real Danger While Flying Into the Future 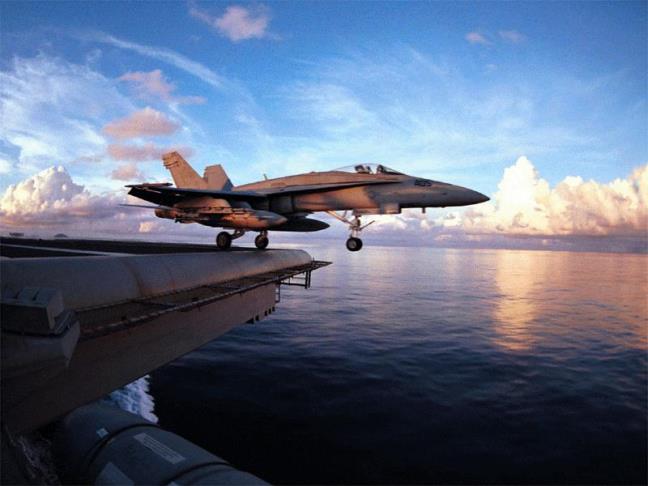 For those unfamiliar the term "furball", I'll start off by saying it's the last place you want to be if you're a military pilot. That's because if you are in a furball, a whole bunch of airplanes from opposing sides have found each other, and now everyone is going every-which-way, while trying to kill everyone else. Indeed, before too long, airplanes are looping around horizontally and vertically in a way that makes them look like they are flying around inside some big glass ball, while the whole conglomeration moves through the sky in a direction undetermined.  It's a really great place to get shot by somebody you don't see - exactly because you're in a furball. It's a dogfight on steroids...

So today is Furball Friday - and for at least one week, you're going to get a break from the nonsense that normally appears here on Friday.  Instead, you're going to get strapped into 60,000 lbs. of fighter jet and then blast off into the middle of an aerial whirling dervish of five very different stories circling around a singular core of danger - the implications of the revolution in geospatial and related technologies in the years ahead.  And like specks in the sky that are really enemy aircraft trying to send you to your maker, you're only going to get the headline to figure out if the story is friend or foe. So, flip on the radar, and arm up the missiles and guns, because the ejection handle is not an option...  Fight's on!

When the Whole World Has Drones
(The National Journal, March 21, 2013)

Oh, by the way, if you should make it back from this perilous mission to read the five stories above by sundown, I'll buy you the first round at the club tonight... Otherwise,

Have a High-Flying Weekend While Looking for Bogeys
Posted by Steve At 7:00 AM