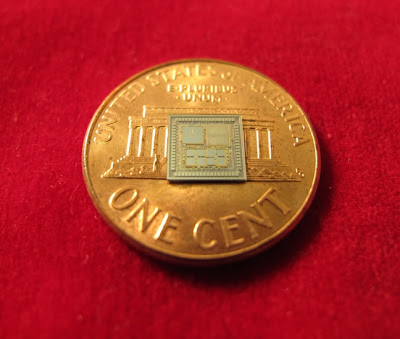 The Defense Advanced Research Projects Agency (DARPA) recently announced one of its research teams has developed a microchip that can provide highly accurate location information using only features built into the chip. Intended primarily as a GPS backup when satellite reception is lost, such as inside buildings or beneath jungle canopy, the microchip is smaller than a penny and only 300 microns thick. Three years in development, the project also resulted in discovery of several unique material layering and microscale processes. More below:

Comment: As noted toward the end of the second article, the chip is already being considered as a way to solve the location reporting issue associated with cellphone indoor 9-1-1 calls. Other potential uses supporting the Emergency Services Sector are certain to follow.


Photo credit: DARPA
Posted by Steve At 7:00 AM