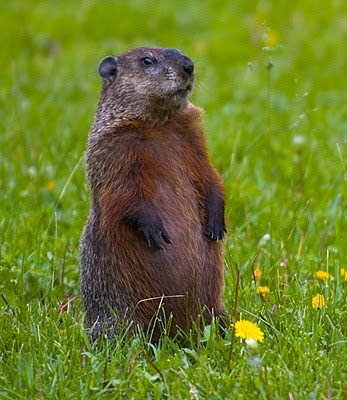 Don't you hate it when you find yourself in one of those Groundhog Day scenarios where no matter what you do, circumstances play out in a way you have seen before - to an outcome that's not good? That's exactly how I feel midway through the year. The geospatial and related technologies revolution is generating crazy stories quicker than I can unload them.  Basically, I'm frantic in the editing room as I watch the pile of nonsense grow higher with me knowing full well I'll never be able to use the whole stack. The only thing I can do is  - dispense the stories that have made the cut for this week:

Drone Fishing: Recently one of my partners in crime suggested that the two of us should build a drone that can be used for fishing. Something that can "air-troll" a bait though Minnesota waters. I told him that while I thought it was a great idea, I would first need to do a little meditative dance with a couple of my drone friends before I could commit to such a plan:

Show Me the Money: Speaking of "gone fishing", looks like Vermont Public Radio (VPR) has figured out how to map the money of a disaster. First one examined in this experiment in governmental transparency: FEMA. Given this type of map is one of those of things politicians love, I'm guessing this won't be the last time a disaster map like this is produced.

More Hot Air From Google: OK, so I got the story wrong. Google isn't going to do the tethered balloon thing to provide Internet for places on earth that currently don't have it. Instead, they are going to launch fleets of balloons into the stratosphere so they can drift around the globe on their own. I'm just guessing, but I'll bet commercial airline pilots would like the first plan better.

Smartphone in Space: Turns out Google isn't the only one trying to figure out how to use the higher ground more efficiently. In early May NASA released a series of pictures taken from a trio of $3500 satellites which were equipped with nothing more than smartphone cameras. I knew budgets were tight - but not that tight:

Calling All Indiana Jones's: The lost Temple of Doom has been found using LiDAR. So all you Indiana Jones types out there better get with the program or get left behind when it comes to looking for treasure:

Lead photo: April King, donated to wikimedia commons
Posted by Steve At 7:00 AM