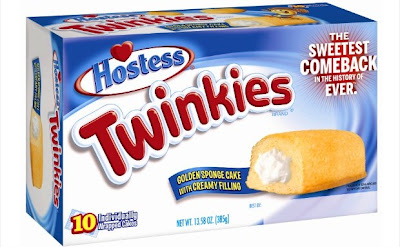 Since...umm, smack, smack, Hostess Twinkies, ah, ummmm, lick, smack, hit the shelves earlier this week, lick, wipe, I really don't, umm, have much to say, smack, except - give me another one.  And off we go:

I'll Have a Burger, Fries and Battery: Last time I went through a fast-food drive through, I did not see GPS battery on the menu.  Could be an issue for a recently funded program that will be using GPS tracking to figure out "food shopping patterns" for motor vehicle entrapped Americans. In my mind that amounts to tracking trips to Taco Bell, McDonalds, Wendy's, blah, blah, blah, versus tracking those to Albertson's, Kroger, Safeway, etc. I mean seriously, why would anyone ever get involved in preparing raw food stuffs?:
USDA Grants $149,074 to Study Food Shopping Patterns with GPS
(CNS News, July 18, 2013)


I'm Late for Dinner!: I don't need no stinking radar detector, laser jammer, or jamming plates because I've got a state government car and I'm late for dinner! Pedal to the metal!  Seems a few folks in Colorado state government have been caught at: "Do as I say, not as I do":


Ford Truck Engines Snack on Hydrogen: Boeing Phantom Works rolled out the Phantom Eye a couple years ago (video below) but only earlier this year did the drone begin undergoing rigorous flight testing. That is, provided anything powered by a Ford Ranger truck engine could ever participate in an event classified as rigorous. Especially while that St. Paul Plant reject is munching on hydrogen. Way of the future - first one booked for a ride is the U.S. Missile Defense Agency:


Cube Steak Anyone?: I got confused about this story when I picked it out of the heap and now it's too late to back out. I thought it was about cube steaks and now come to find out it's about cube sats. More than a few of them are up there going around, maybe someday one of them will be yours. Pass the ketchup:


One Man's Space Junk, Is Another Man's Dinner: Anyone who has ever been to the land of the world's most gifted artisans will get this one. The day after something comes falling out of the sky and hits the ground in the Philippines (typical a military airplane crash), there won't be a shred of anything left at the impact site. That's because all the metal (and everything else) has been hauled off by the locals and re-crafted into some of the most beautiful objects ever created by man - which will then be sold at a market "in the vill".  Now, you too can join the hunt for manna from heaven by monitoring the skies for potential collisions. Only this time those events will be happening a wee bit higher up there: 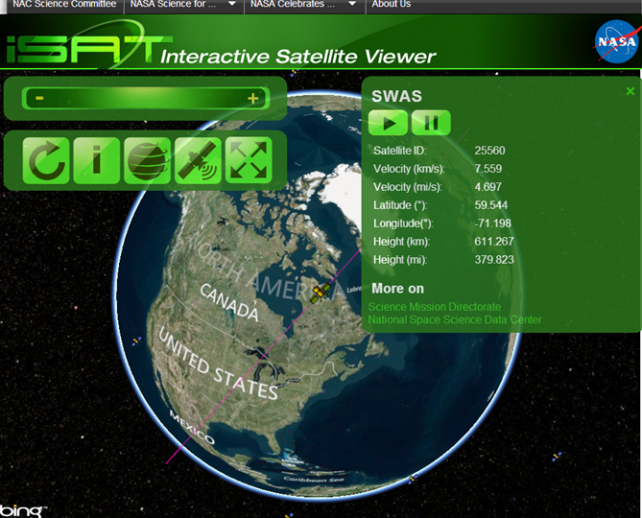 Hope You Have a Satiating Weekend!