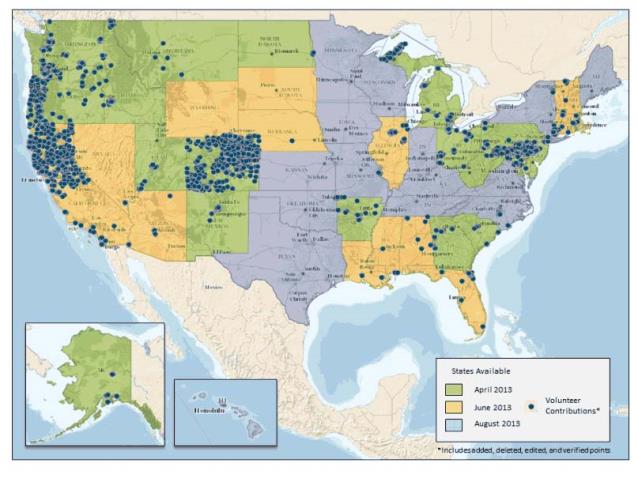 For the past year, the U.S. Geological Survey (USGS) has been hard at work implementing a program which allows volunteers to contribute information about structures to The National Map. Known as the National Map Corps, individuals have been able to participate in the program after their state of residency joins the program. On August 15, 2013, the final group of states came into the program. In addition to Minnesota, those states include Hawaii, Indiana, Iowa, Kansas, Kentucky, Maine, Missouri, New York, North Carolina, Oklahoma, Tennessee, Texas, Virginia, and Wisconsin. More below:


Comment: Great to see all parts of the nation are now on board!