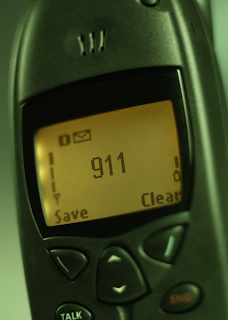 It's hard to believe, but a recent report out of California to the FCC is saying that since 2008 the location reporting feature of 9-1-1 cell phone calls has declined in accuracy. Furthermore, that decline is characterized as "significant" by the California chapter of the National Emergency Number Association (CalNENA). According to the report, more than half of all cell phone calls made in five California sample areas failed to provide location information that was accurate enough to be used for an emergency response. More below:

Comment: For another interesting perspective on the issue brought forward in the report, take a gander at: FCC Test Findings: Cell Phone 9-1-1 Indoor Positional Accuracy. Pretty much the same thing is being said as in the report, but from a different direction: cell phones are increasingly being used indoors to make 9-1-1 calls, and location information provided to responders is becoming less accurate as a result.
Posted by Steve At 9:00 AM