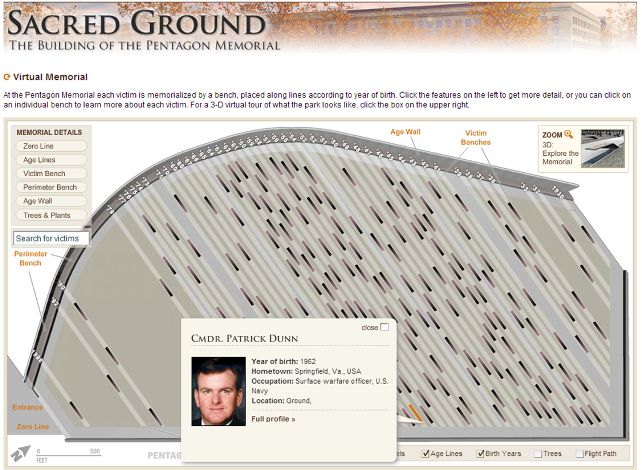 In the spring of 2000, yours truly left the Pentagon after a three-year stint as a Navy Military-Political Officer. It had been an interesting tour, punctuated further still by events which unfolded 14 months later. On September 11th, 2001, hijacked American Airlines flight 77 impacted the E ring (outer ring) of the Pentagon a handful of columns down the building from office space where I had once worked. Miraculously, none of my colleagues from that time in D.C. were hurt. Fate had passed them by. But, as anyone knows who has been in the Armed Forces of United States, it's the smallest, biggest thing around. Somehow, someway, paths often cross despite 100's of thousands in uniform. And so it was in the days following the attacks, I was greatly saddened to learn of a shipmate's death from different time and place. An absolutely great guy who was in the wrong place, at the wrong time, doing what he loved most - serving his fellow countrymen as an officer in the U.S. Navy. Pat Dunn was his name. A persona, a charisma, that bellowed when he walked into a room. Add to that brains to back up his friendly swagger that let you know, whatever it was you needed done, it was going to get done, and done right. So, while it is humanly impossible to effectively remember everyone who lost their life that day, pause with me now, and remember "one". I give you Commander Patrick Dunn:


The detailed history of the Pentagon attack can be found below: