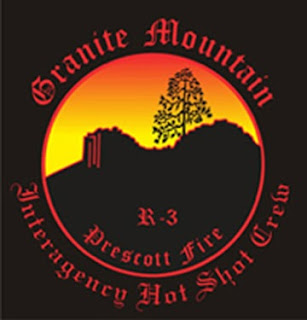 Late last week, the Yarnell Hill Fire Serious Accident Investigation Report was formally released to the public. According to an article offered by USAToday, review of that document suggests two key themes:

The article by USAToday then goes on to say that:

While the report laid no blame for the tragedy, it found that radio communications were "challenging throughout the incident" and that "some radios were not programmed with appropriate tone guards" but were later fixed. It also noted the command structure for fighting the fire changed several times in just 20 hours.

To read the USAToday article and/or the formal report, use the links below:


Comment: As an individual who has had the unfortunate experience of being directly involved in the investigation of six major military aircraft accidents which resulted in airframe loss and/or death, I must say I'm disappointed by the methodology used by both the popular press and official investigative team to review this incident. The "gut-check" question never gets asked. Instead, the lack of awareness about this crew's location - which was a major factor leading to their deaths - gets attributed to clogged and inefficient communications. When peeling back the USAToday comment on this point for a look at the formal report we find the following:

Although much communication occurred among crews throughout the day, few people understood Granite Mountain’s intentions, movements, and location, once they left the black. The Team believes this is due to brief, informal, and vague radio transmissions and talkarounds that can occur during wildland fire communications. Based on radio conversations, Operations and other resources had concluded that the Granite Mountain IHC was located in the black, near the ridge top where they had started that morning. This resulted in confusion about the crew’s actual location at the time of search and rescue. (emphasis added)

A formal aircraft investigation would have asked the question which lies below the above discussion point: Why is the wildland firefighting community still using the "brief, informal, and vague radio transmissions and talkarounds" which led to the confusion about this crew's location, when a proven system which solves this problem has existed for more than 60 years? A system which not only offers a way to clearly, precisely, and efficiently report current location and point of intended movement, but facilitates radio discipline as well? But rather than you hearing about that recommended course of action from me, I think it's far more effective if you to hear it from another part of the nation's firefighting community. Consequently, I invite your attention to the "Special Topic - Personnel Accountability" section of the United States Fire Administration's publication Firefighter Fatalities in the United States in 2005. The recommendation can be found on page 44.