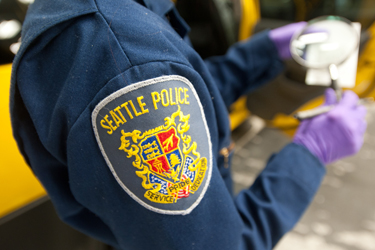 On Thursday, November 7, 2013, KIRO TV in Seattle reported on white boxes that had been installed on a large number of street poles in the Seattle downtown area. As described in the report, the boxes were paid for by a homeland security grant and were intended to give the Seattle Police Department (SPD) its own wi-fi mesh that could be used to facilitate operations. Unfortunately, as also mentioned in the report, installation of the system by SPD meant the location of any wi-fi enabled handheld or smartphone could be tracked throughout the area where the system was deployed. With no established protocol for how the system was to be used before it was turned on, the reaction by the public was swift and decisive. Video and link to related articles below:


Seattle Police Have a Wireless Network That Can Track Your Every Move
(KIRO TV, November 7, 2013)

Comment: Fabulous city, Seattle. Too bad they they didn't heed the warning of the Director of Georgia Bureau of Investigation Vernon Keenan during a talk at the 120th Annual International Association of Chiefs of Police (IACP) Conference and Law Enforcement Education and Technology Exposition less than two weeks before. Either establish procedures in advance of using one of the technologies emerging from the GIS and associated revolutions, or plan on losing that crime fighting tool.

Photo credit: Seattle Police Department
Posted by Steve At 7:00 AM