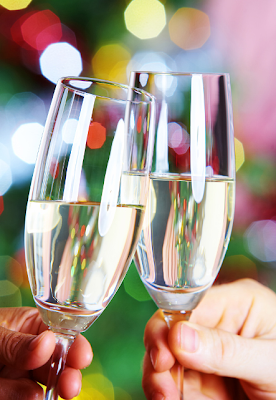 Ah, New Year's Eve - a point in time worthy of reflection. Another year gone - what have you done?  And so it is here at EPC Updates. We pause to reflect on another year of doing our best to get the Emergency Services Sector and geospatial community to understand each other better, hoping the end result will be a synergy which leverages respective strengths. Statistically, here's what that effort looked like this year:

Top Countries of Readership - All Time (versus last year's rank):

Irony of ironies; the country which experienced the world's most deadly and expensive natural disaster during 2013, was the only one which dropped from the list above during the past year. That country would be The Philippines, which was visited by the tragedy known as Typhoon Yolanda (Haiyan).

When it comes to what folks have been reading, here are the details:

Taken together, the top 10 for 2013 tell a story of an industry experiencing an explosion in technology that is being used in ever increasingly diverse industries. A development which is causing unintended issues to emerge as the technology is being applied, or is failing to be applied. Of specific interest to this blogger, two posts about free software - Mission Manager and GeoMOOSE - made the top ten. Given the Esri death-grip on the GIS industry, that's a trend worth watching as time goes forward.

Finally, a thought about the future. Last year at this time, I noted "The Rise of the Drones". A discussion which focused on unmanned aircraft systems and the ever increasing ways these machines would be part of the national dialogue in 2013. Since that time, many have offered similar thoughts - notable of late is Mike Tully's three part series authored for Sensors and Systems (1, 2, 3). In those articles, Mr. Tully coined a phrase which reflects what I believe will be the reality of 2014 - The Rise of the Geospatial Machines. A thought which extends beyond his intent. It's not just things in the sky which will be the widely deployed in the future, it will be a whole host of machines which have only become possible because of their ability to process and understand one of most fundamental elements of the human experience - the calculation of "where". These machines will not be just in the air, but will be found on land, on sea, and underwater. The videos below will take you there while waiting for the hooting, hollering, and clinking glasses that will mark the arrival of 2014:

Wishing you a New Year's Eve filled with Fun!