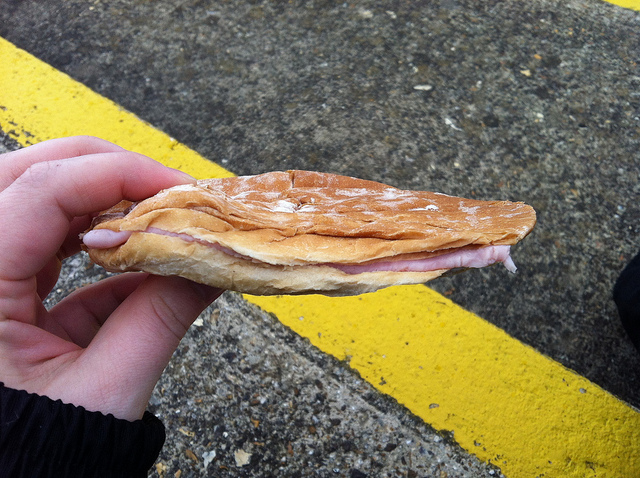 If you know what a brown paper bag is, you know the deal. You've done everything a rational person could do to protect the mid-day nourishment, and then, some lunkhead co-worker manages to inadvertently sit on your lunch - one hidden away in a "no one could ever sit there" spot. Squish! Flat Sandwich. Which is pretty much what today's insanity is going to be - the meat of three "eye" stories (not on today's menu: ribeye steak, eye of round, frog eye salad, Birds Eye vegetables, or Eye of Newt), sandwiched between the sustenance of two stories about flat Earth views. Here we go:

Van Google: Personally, when it comes to Dutch painters, I'm a Night Watch kind of guy. But different strokes for different folks. A point which means you'll have to figure out what's eye candy on a stroll through some flat panels: 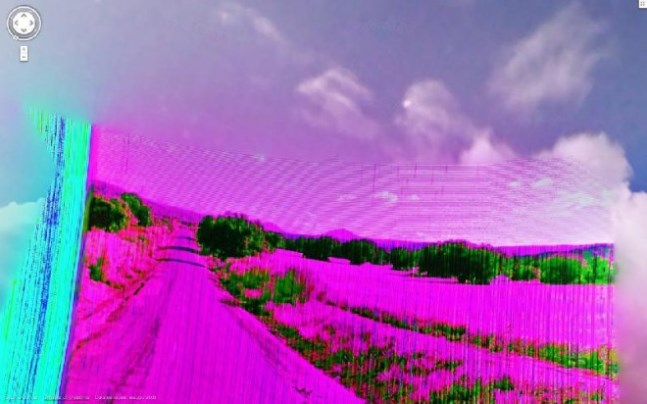 These Glitches From Google Maps Are Worthy of an Art Gallery
(Wired, December 27, 2013)

Fashion Police: Man, what's this country coming to? A guy can't even go to the movies without causing a big hullabaloo over his eye-wear. OK, so his eye-wear was Google Glass. So what? Best keep an eye out for the fashion police if you are so inclined to repeat his mistake:

Busted Glass: While we are on the topic of getting in trouble over Google Glass, what do you say we check in on that gal who was headed to court for driving while wearing them? Well, she won her case, but eye got a feeling a line in the story says it best: "The fun is just starting":

HUD Eyeballs: Yup, sure enough, the fun is just starting. Video and story below is proof positive that a Heads-Up Display (HUD) for the eyeballs is headed our way:

News Map: Hey, it worked for the weather, why not the news? A flat panel view of the world populated by stories from the world's major English-language newspapers. And once you start sampling during a long weekend without football playoffs, you're certain to get an eyeful. So look out for the eye strain:

Interactive Map of Major English Newspapers from Around the World


As the Earl Would Say:
"Aye - Hope Your Weekend is Nothing But a Sandwich of Great Treats"