More Wisdom From the Top 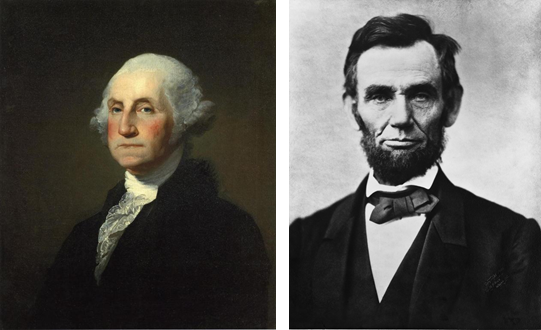 Once again it's "their" day, so once again in honor of all the men who have led the American nation since inception, we pause to reflect on some of their tidbits of wisdom from across the ages:

"In matters of style, swim with the current; in matters of principle, stand like a rock."
~Thomas Jefferson~

"Take time to deliberate; but when the time for action arrives, stop thinking and go in."
~Andrew Jackson~

"No president who performs his duties faithfully and conscientiously can have any leisure."
~James Polk~

"Better to remain silent and be thought a fool than to speak out and remove all doubt."
~Abraham Lincoln~

"The ship of democracy, which has weathered all storms, may sink through the mutiny of those on board."
~Grover Cleveland~

"Do what you can, with what you have, where you are."
~Theodore Roosevelt~

"I not only use all the brains that I have, but all that I can borrow."
~Thomas Woodrow Wilson~

"There is no force so democratic as the force of an ideal."
~John Calvin Coolidge~

"Rules are not necessarily sacred, principles are."
~Franklin Delano Roosevelt~

"It is amazing what you can accomplish if you do not care who gets the credit."
~Harry S. Truman~

"A people that values its privileges above its principles soon loses both."
~Dwight David Eisenhower~

"Things do not happen. Things are made to happen."
~John Fitzgerald Kennedy~

"Being president is like being a jackass in a hailstorm. There's nothing to do but to stand there and take it."
~Lyndon Baines Johnson~

"I know I am getting better at golf because I am hitting fewer spectators."
~Gerald Rudolph Ford~

"We are not the sum of our possessions."
~George Herbert Walker Bush~

"Promising too much can be as cruel as caring too little."
~William Jefferson Clinton~

Have a Great President's Day!