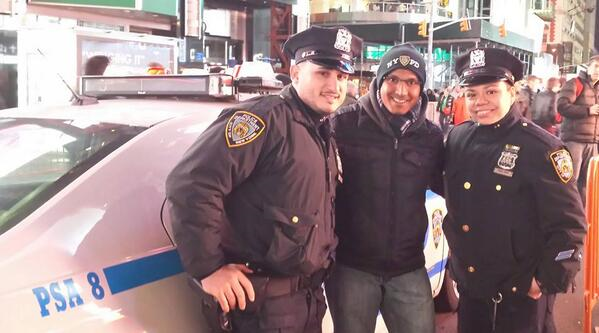 In the Lessons Learned category, the New York Police Department (NYPD) is dealing with a social media disaster after a well intentioned plan to use Twitter to portray the Department in a good light turned into something altogether different.  After #myNYPD was offered on Tuesday as a way for citizens to provide feel-good photos of the NYPD, less than flattering photos soon filled the hashtag and the Department has been in damage control ever since. From the flood of articles across the nation, a select few below:

Comment: This one is really tough, unfortunate, and without a clear way forward as long as the structure of Twitter gives everyone - brilliant and not so - a level playing field to speak to the world. However, one would hope that at least in a disaster the dynamics would change and Twitter would be available as a backup two-way form of communication with the Emergency Services Sector (ESS). But again, unfortunately, if the Atlanta Police Department's experience during the January 2014 snow storm is any example, the reality is "marginal" at best. So to my simple way of thinking - two Lessons Learned:

1.) Twitter is a great way to broadcast a message. Beyond that, the ESS will have to take its chances with everyone else when inviting participation. The potential downside is significant.
2.) Being a "we've got more laws than we need" kind of guy, this one is hard to suggest. But, just like there are laws against using the current standard of communication to report an emergency - a telephone call to 9-1-1, it will probably take the same and a whole bunch of public outreach before Twitter will be workable for effectively communicating with response organizations. A point probably made moot by the impending activation of Text-to-911.