Considering the EMP Threat: No Electricity - For Years 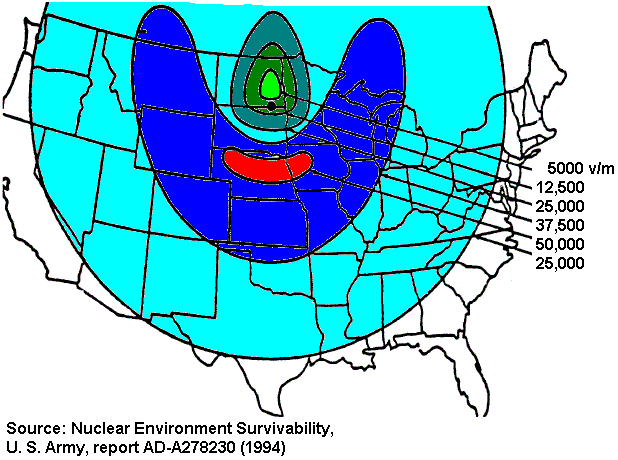 It's a topic military planners and hardware designers and have known about for decades. The potential havoc EMP, or ElectroMagnetic Pulse, could create for equipment of the nation's Armed Forces. If an enemy were able to fry the electronics of tracking systems, radios, ships, tanks, missiles and airplanes through a high altitude nuclear weapon detention, the United States would be left defenseless. Consequently, hardening against this type of event has been a procurement standard for a variety of military items for many years. Now, Congress is beginning to ponder how to bring that same level of protection to the nation's civilian infrastructure. Opening remarks video from yesterday's hearing before the House Homeland Security Committee’s Subcommittee on Cybersecurity, Infrastructure Protection, and Security Technologies sets the stage - links below it start the discussion.

Comment: Point to ponder over the weekend: All that stuff around the house that won't work for years due to either no electricity or fried electronics. No web, no car, no lights, no refrigeration, and no heat.

Have a Great Pioneer Weekend!

Graphic: Wikipedia
Posted by Steve At 9:00 AM