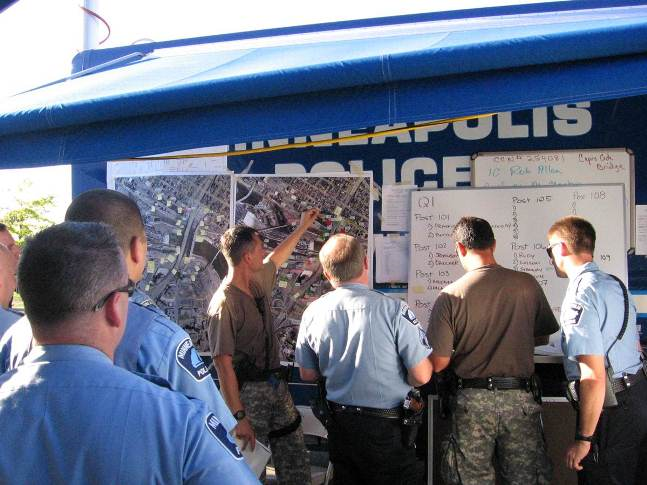 Speaking at the 2014 Federal Office Systems Exposition (FOSE) Conference held in Washington, DC, May 13-15, FEMA Chief Information Officer, Adrian Gardner, told attendees something they didn't expect to hear at an event devoted to the latest and greatest technologies - in disaster situations some old technologies still have a substantial edge over new technologies. According to one report filed by FCW, Gardner's comments during a panel discussion included:

"Imagine 30 people trying to make a decision while standing around looking at a map on the same iPad or the same computer," he said. While geographic information system developers might consider paper maps to be passé, sometimes they offer the best utility in a field situation, Gardner said.

Comment: Hallelujah! Somebody at FEMA actually thinking about paper maps for disaster response - wait - let me pinch myself. Nope, I'm not dreaming. Fantastic! Following up on that thought, here are three great examples of how to be prepared using this tried and true way of doing business (pssst - don't tell anyone, but they also incorporate the #2 idea on FEMA's Think Tank discussion board - U.S. National Grid as the Response Language of Location):