Q: When Will the White House Be Seashore Property? 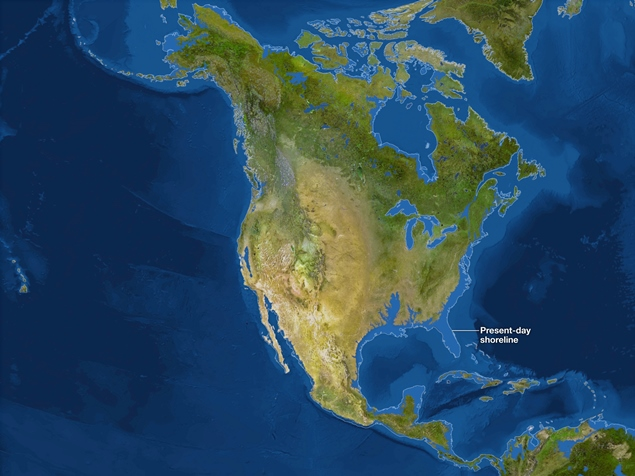 A: When global sea level rises 23 feet. A sea level change far below the potential inundation level if all the planet's ice were to melt, which would generate a rise of 216 feet. Because of the far reaching global impact events like rising seas could have, the Department of Defense has started to consider implications of various climate change scenarios. Although a topic discussed in military circles for the past several years, release of the Quadrennial Defense Review 2014 earlier this spring brought the topic of potential disasters resulting from climate change into focus for many. Background article and interactive maps below:

If All the Ice Melted - National Geographic Interactive Map

Comment: No doubt a very controversial topic. Front page news on yesterday's New York Times was the recent release of a White House report which indicates climate change is already underway and an increased number of disasters will be a result. A development certain to lead critics to charge the report and publicity are nothing more than a political agenda wrapped in marginal science. But regardless of which side in this debate eventually proves correct, there should be one point on which both sides can agree at this time. It's encouraging to see the topic is being added to 100's of other contingency plans in the U.S. Armed Forces "what if" play book - where hopefully it remains unused, but eliminates the issue of, "Failing to plan, is planning to fail".