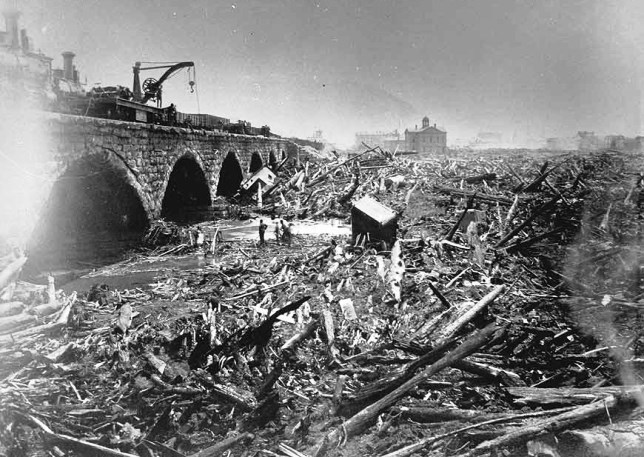 On May 31, 1889, an earthen dam upstream from Johnstown, PA collapsed giving way to a wall of water that would kill more than 2,200 people as it moved through the valley below. In response to that event, five days later on June 5, 1889, the American Red Cross (ARC) deployed to a major disaster for the first time. In the five months that followed, the ARC and what would later become its ancillary components remained onsite providing a range of aid that today would be thought of as the mission of FEMA. To learn more about the flood and this seminal event in the history of the American Red Cross, use the links below:

Photo credit: National Park Service
Posted by Steve At 8:00 AM