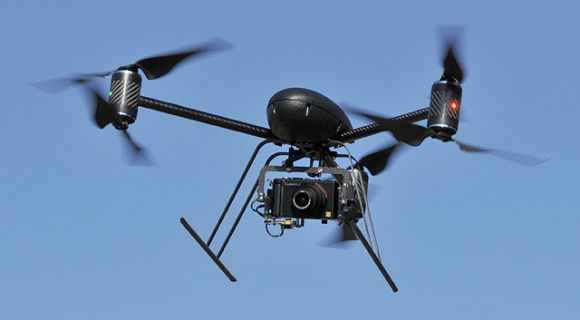 According to news reports dating back to 2010, New York City has been "considering" employing drones to support police work for some time. However, given the big city East Coast-West Coast rivalry that exists between places like New York City and Los Angeles, looks like that day is here if the Big Apple wants to keep up with the City of Angels.

Comment: As noted in the LA article, the two drones acquired by the LAPD are the same two that were grounded in Seattle after there was a public outcry against the technology.  That fact would seem to suggest there are three basic principles for any police department that wants to successfully employ this technology:

1.) Transparency,
2.) Ensuring clearly defined policies and procedures are in place BEFORE the platform is used, and
3.) Consistent broadcast of a PR message that says: A "police drone” does not equal a "military drone” – it’s nothing more than a better pair of binoculars.

Photo credit: dancarlin.com
Posted by Steve At 8:00 AM