iCoast - Did the Coast Change? 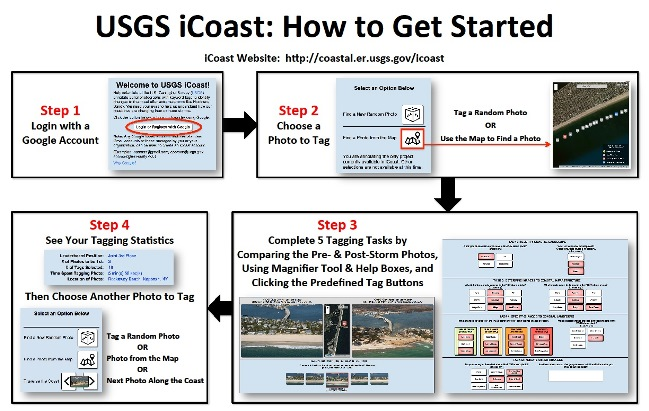 Since late spring, the U.S. Geological Survey has been offering a crowd sourcing app called iCoast - Did the Coast Change? as a way to leverage the nation's "citizen scientists" interested in coastal areas prone to hurricane damage. According to Sophia B. Liu, one of the Principal Investigators for the program, “Computers cannot yet automatically identify damages and geomorphic changes to the coast from the oblique aerial photographs, human intelligence is still needed to finish the job.” Thus, volunteers assist USGS efforts by comparing and tagging aerial photographs taken before and after storms. Links below to learn more:

USGS iCoast: How to Get Started - Expanded Graphic

Comment: The Times They Are a-Changing. Congrats to the USGS on this effort that leans forward by acknowledging the power of the crowd. Please help them out if you can!

Graphic credit: USGS
Posted by Steve At 8:00 AM